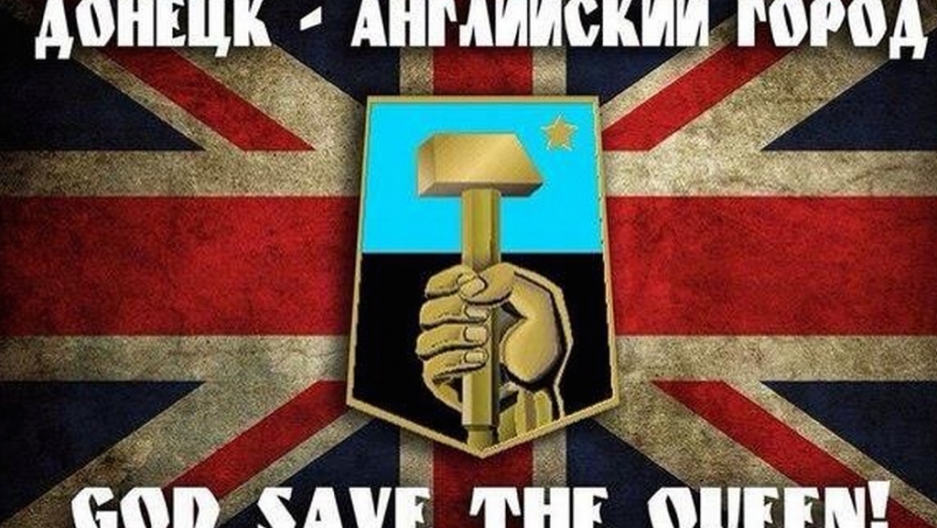 Donetsk, UK? Ukrainian internet users have started a campaign to hold a referendum on allowing the eastern city of Donetsk to join the land of its founding father, a Welsh industrialist.
Share

If Crimea's shared history with Russia justifies its annexation, perhaps the city of Donetsk — which is close to Russia's border — should give themselves over to the... British?

Not what you were expecting? Well, such is the nature of self-determination: they get to decide it themselves. And if Crimea can become Russian, the good folk of Donetsk see no reason why they can't join the Queen's realm.

More than 7,000 people have lent their support to an internet campaign for Donetsk to put its loyalties to a vote, according to The Moscow Times. And to judge by votes cast online, some 61 percent of those want their city to be placed under London's rule, while a further 16 percent would favor becoming more independent of Kyiv — and adopting English as an official language.

That's not quite as random as it sounds. If Putin can point to shared history as a reason for Russia to annex Crimea, allow us to direct you to John Hughes — industrialist, Welshman, and founding father of Donetsk.

For it was Hughes, a businessman from Merthyr Tydfil, who in 1869 built the coal mines and steel plant that would become modern-day Donetsk. He gave the settlement his name — "Hughesovka" or, thanks to the vagaries of transliteration, Yuzovka. The industry survives to this day. So does the soccer team. How's that for common culture?

"For more than a century Russians have deceived us by saying that this is an indigenous Russian city, and Ukrainians — that it is Ukrainian," rallies the pro-UK camp. "We are demanding a referendum on returning Yuzovka to its original bosom — Great Britain! Glory to John Hughes and his city! God save the Queen!"

You know, we can't help but agree. And we can think of several good reasons for Donetsk to accede to the UK:

1. Their centuries 145 years of shared history.

2. It would annoy Putin.

3. With Scotland considering breaking away later this year, Britain could do with some extra heavy industry and urban sprawl to fill the gap.

6. Did we mention it would annoy Putin?