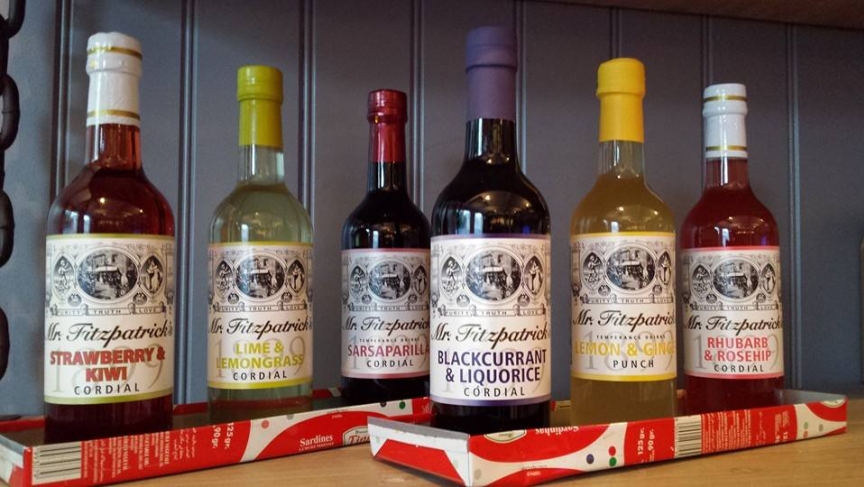 Non-alcoholic beverages are on the top shelf at Sobar in Nottingham, England.

Is a bar still a bar if you can't buy a drink?

In the UK, a number of bars that don't serve alcohol have opened up recently.

They are called "dry bars" — and they're places where people can hang out, have a bite to eat and drink "mocktails."

One of these dry bars is a place called Sobar in Nottingham.

"This is somewhere to provide a nice environment, which isn't just a coffee shop," said Sobar manager Alex Gilmore. "Someone in recovery or someone who doesn't want to drink still wants to put on their glad rags on and have a good night out."

Britain is known for having a culture of heavy social drinking. Substance abuse charities in such hard-drinking cities as Liverpool and Nottingham now run dry bars. Sobar, for example, is run by the Nottingham-based addiction charity Double Impact, which assists people recovering from both alcohol and illegal drugs.

"It is personal," Gilmore said. "I'm in recovery myself. I've been in recovery for cocaine addiction for four years. One way for me to look after myself at that time in recovery was that obviously [I] cut off any connection [I've] got. So basically my life sort of stopped — the life that [I] knew. Going out in town, going to different places was incredibly difficult for me to put myself in a risky situation. So it's really personal for me."

But Sobar's founders say that 85 percent of its clientele are people with no history of alcohol problems. Gilmore says a high number of patrons are women.

"We're in the main center of Nottingham, which does have quite a binge drinking culture, and I think that women tend to feel that they are more secure and safer in this environment," he added.

The dry bars are also filling up with people who don't drink for a religious reason, Gilmore added.

"We get a lot of international students, because obviously there are a lot of different religions that specifically don't drink," he said.

But teetotallers can still enjoy fancy drinks with all the bells and whistles found in high end bars.

"There's only so much fruit juice you can actually drink," Gilmore said. "We wanted a drink that was interesting, would stimulate your palate and just not have alcohol in it."