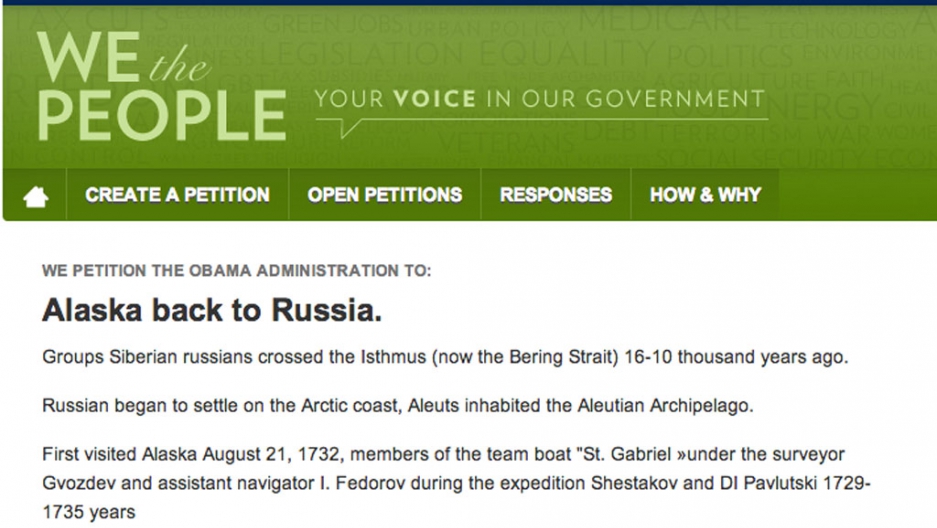 Secession. It's all the rage.

A petition appeared on whitehouse.gov this week, asking Obama to give Alaska to Russia.

The petition doesn't make a ton of sense, but the gist seems to be that Russians deserve Alaska because they got there first a long time ago.

The petition, called "Alaska back to Russia" states:

Russian began to settle on the Arctic coast, Aleuts inhabited the Aleutian Archipelago.

First visited Alaska August 21, 1732, members of the team boat "St. Gabriel »under the surveyor Gvozdev and assistant navigator I. Fedorov during the expedition Shestakov and DI Pavlutski 1729-1735 years

The White House only responds to petitions with 100,000 or more signatures, so the Alaska secessionists have a ways to go.

The more than 100,000 people who signed a petition for Texas to secede over a year ago were basically told no.

According to dailysheeple.com, the White House responded to the Texas secessionists, saying the reason was because our founding fathers established the United States as a “perpetual union.”