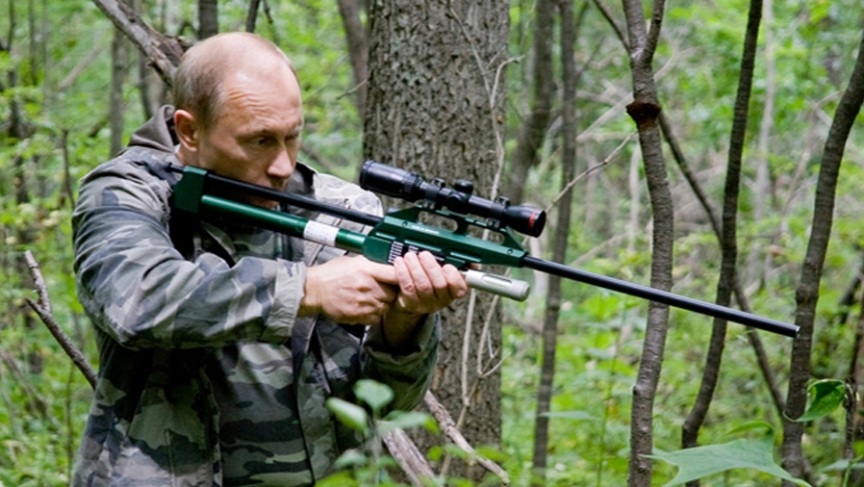 Vladimir Putin uses a tranquilizer gun to sedate an Amur Tiger during his visit to a nature reserve in eastern Russia.

"There are people now who say Putin is partly strategic and partly crazy. But there's nothing to suggest he's crazy."

That's the judgment of journalist Adi Ignatius, who had the chance to meet and interview Vladimir Putin in 2007.

Ignatius was part of the team that profiled Putin when Time Magazine named him its Person of the Year. He interviewed the Russian leader for an hour, before heading into an informal banquet at the presidential dacha in the forest west of Moscow. He recalled the experience in an article for Politico this week.

Ignatius says Putin is "an absolute Russian nationalist. He realizes that playing that card effectively is the best way to win support, and we're seeing that right now. I mean, he's just reacquired territory for Mother Russia and there's nothing that will make him more popular."

But for Putin, nationalism is not just about politics. Ignatius says Putin has a sincere belief in Russia and felt humiliated by the loss of the Cold War and kept referring to the break-up of the Soviet Union as a tragedy. It was clear to Ignatius that Putin held two truths to be self-evident: "Russia would never forget, and that Russia would rise again."

And this seems to be what is playing out now in eastern Europe, Ignatius suggests. He says that during his interview with Putin, it was clear that Putin believed Westerners look down on Russians.

"He just went on this rant about how he thinks the West perceives Russians as still sort of wild, still savage," says Ignatius. "He used this odd phrase that [they think we've] just climbed down from the trees, and need to get the sand out of their beards."

Ignatius found Putin cold and prickly. He says unlike other leaders selected as Time's Person of the Year, Putin made no effort to present himself as "brilliant and likeable."

Putin abruptly got up in the middle of dinner and declared that it was over, "which is an extraordinarily rude thing for anyone to do. I think he just wanted to project that 'I play by my rules, not yours. I don't care what you do [or] what you think of me. I'm in charge.'"