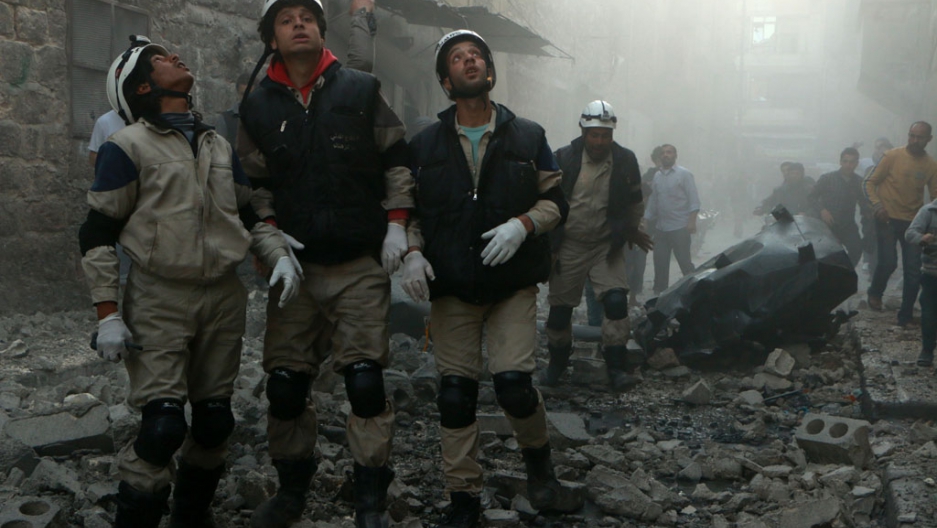 Emergency responders arrive at the site of a reported regime air strike in the Tariq al-Bab district of the northern Syrian city of Aleppo on March 19, 2014. More than 146,000 people have been killed in Syria's war, and nearly half of the population has been displaced.
Credit: AFP
Share

The Petra news agency quoted an army official as saying one of the vehicles and its cargo was destroyed when it was fired on by border guards during the operation late on Wednesday.

The other was found to be carrying 209 weapons, which the report did not identify, and 10,000 capsules of Captagon, the brand name for the amphetamine phenethylline.

The military official gave no indication of the number of cross-border smugglers in the vehicles, nor their nationalities.

Rebels fighting to oust Syrian President Bashar al-Assad's regime reportedly widely use Captagon to help them cope with the rigours of battle, while sales of the drug reportedly generate millions of dollars for weapons purchases.

Jordanian authorities announced at the beginning of the year that trafficking of arms between Jordan and Syria was up by 300 percent despite hundreds of smuggling attempts foiled by the authorities.

Commentators said Jordanians were rushing to buy arms, fearing a spillover of the conflict that has laid waste to much of neighbouring Syria over the past three years.

Jordan's interior ministry estimates that while 120,000 weapons are legally registered, there are more than one million illegal arms in a country with a population of seven million.

More from GlobalPost: Day 1,099, so much for that castle