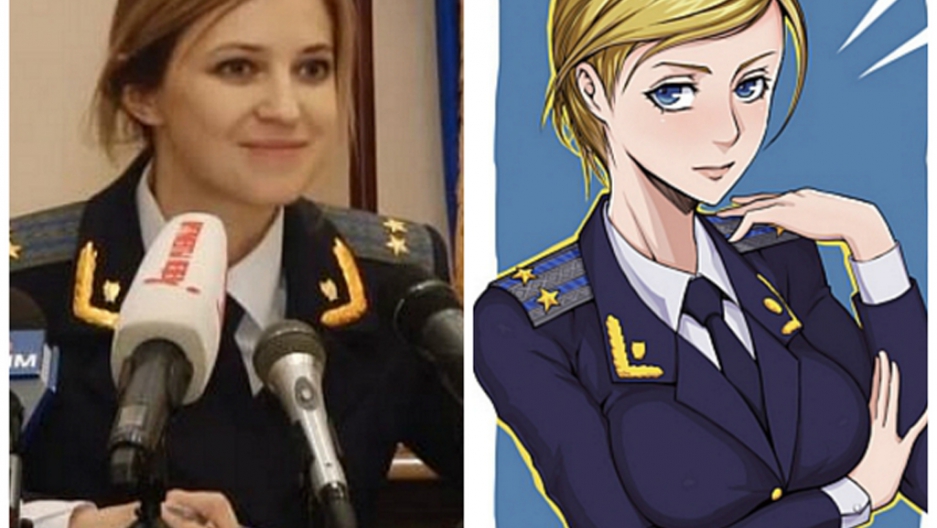 What does it take for Japanese gamers to develop an interest in Crimean politics?

One adorable attorney-general, that's what.

Natalia Poklonskaya, Crimea's attorney-general, has captured the hearts and minds and a little something extra of Japanese gamers, thanks, it appears, to her winsome face and her ability to blink many times in a row.

A video of a press conference in which Poklonskaya engages in what you might call "tough talk" has gone viral since it hit Japan's YouTube, according to kotaku.com, a gaming site.

Here's some more of fan art. We eagerly await the cosplay.