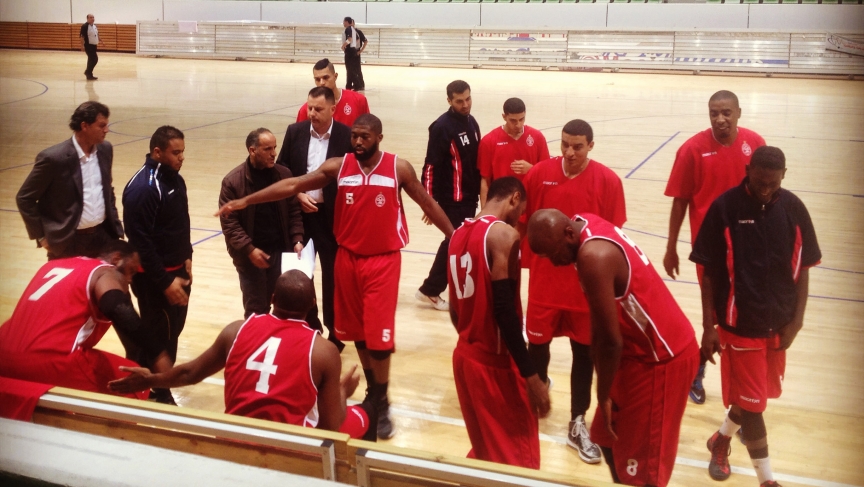 When DeAndre Rice signed up with one of Tripoli's basketball clubs last fall, Al Ittihad, his Libyan teammates had good reasons to be thrilled: With him on the team, their chances of winning the country's basketball championship increased enormously. And they finally had an American to talk rap music with.

But Rice’s new friends also offered some warning — and it wasn’t about Libya’s shaky security situation.

“As soon as I got here, my teammates were like, 'there’s nothing to do here man, no nightlife. Why did you come here?'” Rice remembered, with a laugh.

It didn’t take him long to see that for himself. On days off, Rice and his Libyan teammates alternate between playing video games and going out for coffee, pretty much all there is to do in the Libyan capital.

“It’s okay though,” said Rice, from the terrace of a café in Tripoli’s old town. “I’m not over here to go out, even though it would be enjoyable to do sometimes. I’m here to play basketball, so it’s fine with me.”

Playing basketball, and making pretty good money, between $5,000 and $8,000 a month. Rice won’t say exactly how much he’s getting paid.

The Libyans on the team earn two to three times less and he doesn’t want to stir up jealousy.

But he said the paycheck is worth the sacrifice of not being home.

“I had an offer this year to play in the [NBA] Development league again, but I didn’t want to take a pay cut to go play over there,” Rice said. “I’m not willing to sacrifice my money at this point. I like what I make. Plus, we live for free and we eat for free so all my money is always wired back home.”

The 28-year-old provides for his two daughters back in Houston. They're 6 and 7 and he hasn’t seen them since September, except on a computer screen.

“I talk to them on Skype almost every day. That doesn’t replace picking them up, but I’m used to it now. I always go away for six, eight months at a time,” he said.

Rice has been playing overseas since 2007 when he left the US, believe it or not, for Syria.

“I went to college at Florida Atlantic for two years and after that I played in development league in the NBA and after that just wanted to make more money and to get out and see the world. My agent said he had something in Syria for me so I just jumped on it and went. I always have an open mind to go places. You have to experience everything for yourself.”

Rice played in Aleppo for a season, then Tunisia, Ukraine, back to Tunisia, and finally to Libya.

Rice was the only foreigner on the team until Shane Burrell signed up late January. 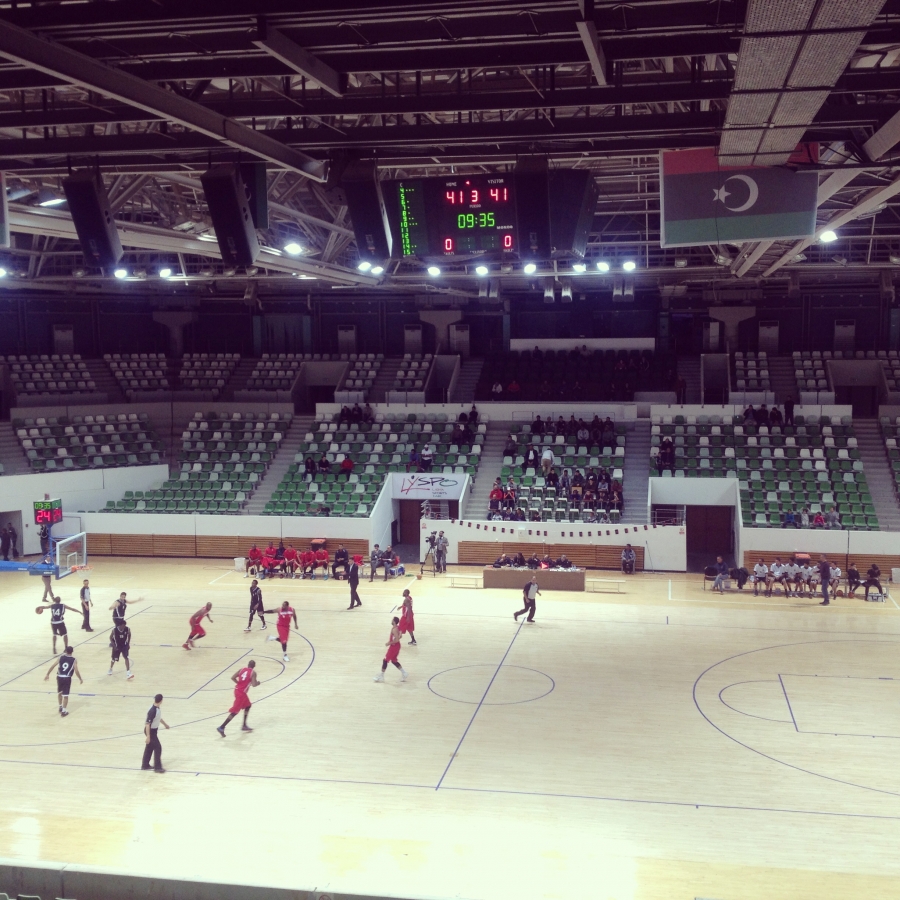 For Burrell, a Jamaican-American who is from LA, the adjustment wasn’t as easy. Burrell played overseas before too, in China, Holland, and Mozambique. But this is his first time in an Arab country, and not a very stable one.

“My fourth or fifth day here, I heard these crazy gunshots and I got really scared. I called my agent and said, 'I got to get me out of here!' Then I went to Rice and he said, 'yeah, it’s normal man, just try to go to sleep,'” he recalled.

Burrell arrived in Tripoli just two days after being offered the job, so there was little time for research before he made the move. He said he knew about the revolution and about former Libyan dictator Muammar Gaddafi from his time in Mozambique, but he didn’t expect Libya to be so much like the Wild West.

“I have teammates that carry guns to practice. I see police but I don’t see them working. I see them drinking coffee and smoking cigarettes. I never see them pull anybody over. They don’t have any laws so it’s like a free world ... I tell my friends you could do whatever you want here and get away with it,” he said.

And Burrell soon realized that in Libya, things can get rough on the court too.

“Libya basketball is different from any place I’ve ever been in my life," he said. "I call it jail basketball: rough, fouling at all time, hitting you in your face ... That’s what they do here. And the referee is just like: ‘Okay, it’s rough, it’s basketball. It should be like this.’ No, it should not be like this!”

It’s hard to imagine Burrell being pushed around. He’s 6-foot-8, 250 pounds, covered with tattoos from shoulders to wrists. And on the court, it’s not just his body that stands out.

Burrell shouts, jumps and pumps up his teammates. It's a real show, American-style.

“My game is kind of emotional,” Burrell said after a recent game. “I think that we come here and we put some fire under their butts and tell them we gotta win these games and I think they buy into it. Some of them, they buy into it.”

The public does too. At least the 70 or so people scattered in the stands did — almost a crowd by Libyan basketball standards.

The game was supposed to be an easy win for Ittihad, Burrell and Rice’s club, which now ranks first in Libya’s western conference. Instead, they were pushed into overtime.

The club’s new Serbian coach was furious and scolded the players during a break.

“Everybody with the ball wants to penetrate. That's impossible!" he screamed. "Rice, I want you to get the ball every time.”

Burrell says that kind of play doesn’t sit too well with some Libyans, who now have to make room for not just one but two Americans.

But it was worth it in the end.

After the final whistle, the club’s manager whispered, “now you get it — why everybody wants Americans on their team.”