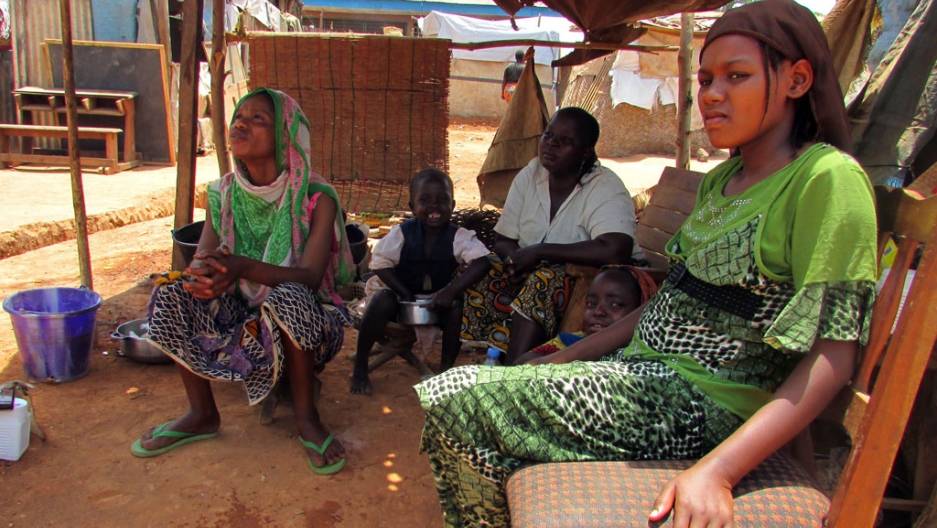 BANGUI — Hatred between Christians and Muslims in Central African Republic has reached a "terrifying level," the United Nations' top human rights official said on Thursday, warning that atrocities were being carried out with impunity.

Navi Pillay, UN High Commissioner for Human Rights, appealed to the international community to urgently provide troops for a proposed 12,000-strong peacekeeping mission to halt crimes which she said included acts of cannibalism and decapitation of children.

France has deployed 2,000 troops to its former colony to support a 6,000-strong African Union peacekeeping mission, but they have been unable to stamp out the violence in the large, sparsely populated nation of 4.5 million people.

"The inter-communal hatred remains at a terrifying level, as evidenced by the extraordinarily vicious nature of the killings," Pillay told a news conference. "There is ... almost total impunity: no justice, no law and order apart from that provided by foreign troops."

Thousands have been killed since the Seleka, a coalition of mostly Muslim northern rebels, seized power a year ago in the southern capital Bangui and launched a campaign of looting, torture and killing in the majority Christian country.

That triggered a wave of reprisals by the "anti-Balaka" Christian militia last year which has driven tens of thousands of Muslims from Bangui, the south and west of the country.

More from GlobalPost: South African would like Rwanda to stop killing people in Johannesburg

Government officials frankly admitted there were no functioning army or police, no justice system and no means of holding those responsible for violence, she said.

"People apprehended with blood on their machetes and severed body parts in their hands have been allowed to go free because there is nowhere to detain them, and no means to charge them with the crimes they have clearly committed," Pillay said.

Around 15,000 Muslims are still trapped in Bangui and other areas in the north, northwest and south of the country, protected by international forces, Pillay said.

While large scale massacres appeared to have stopped, thanks largely to the foreign troops, killings continue on a daily basis, mostly by the anti-balaka militia. Pillay said some of the militia were mutating into criminal gangs, targeting Christians and other non-Muslims indiscriminately.

The United Nations estimates some 650,000 people have been displaced within Central African Republic, while nearly 300,000 have fled to neighboring states. UN agencies have reported a sharp rise in rape and sexual violence in the camps.

With the rainy season approaching next month and farmers unable to plant their crops, aid groups warn that the humanitarian crisis may worsen.

Pillay urged donors to quickly provide funding for a $551 million humanitarian appeal, which she said was only one-fifth financed, warning that the international community should learn the lessons of inter-communal crises in the Balkans and Rwanda.

"If we get it wrong again, by failing to support this country wholeheartedly in its time of need, we risk decades of instability and the creation of a new and fertile breeding ground for religious extremism, not just in CAR but in the wider region," she said.

France accused the European Union of shirking its responsibility for international security last week after EU officials said member states had not pledged enough troops and equipment for a planned 1,000-strong force. Brussels now hopes to deploy the forces by the end of next month.