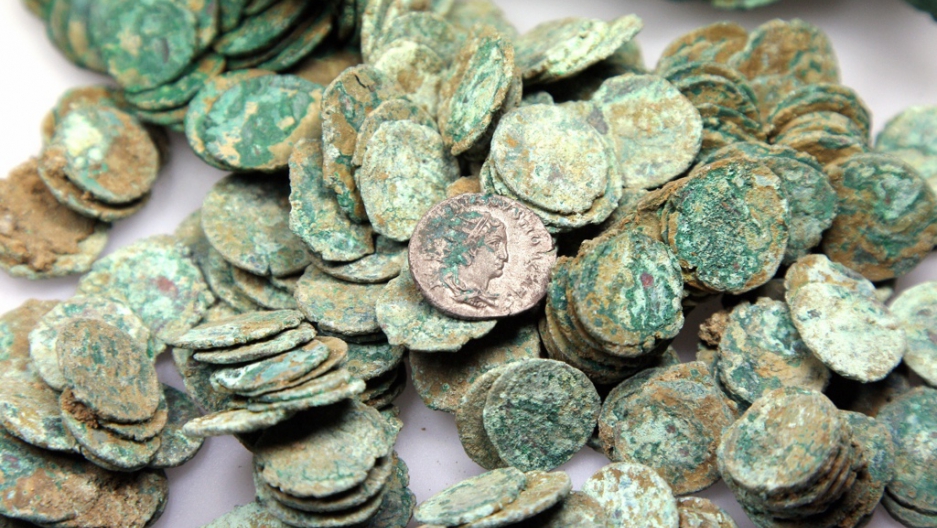 Copper coins from the second and third centuries found in a private garden in Paris.
Credit: Patrick Kovarik
Share

NEW YORK — For those of you not checking how copper's trading on your Bloomberg terminal (and that includes this writer), the fall in price of the red metal has probably left no impression. For most of us, copper is what US pennies are made of. But even that’s not quite right: Since 1982, pennies have been almost all zinc, and a measly 2.5 percent copper.

But economists know better, and their blogs are burning red.

Measured by the classic gold standard — how much copper one can buy for an ounce of gold — the current copper price of $2.94 per pound looks something like the Great Depression. And it's getting dangerously close to its most recent dips, which coincided with serious trouble: the downgrade of United States credit by Moody’s ratings service in 2010 and the Lehman Brothers collapse in 2008.

So, is a new crash in the offing? Probably not. But there's good reason economists call the red metal “Dr. Copper”: it exists in almost every important modern manufactured good and touches almost every part of the world economy. This commodity therefore has a remarkable ability to signal the direction of global markets.

A short list of its uses include power generation, construction, wiring, plumbing, heating and cooling systems, telecommunications cables, computer motherboards, bearings and motors. Not to mention the Statue of Liberty, the largest single use of copper ever, at 80 tons.

Copper’s recent downtrend has puzzled economists and market professionals. Some point to weak economic data in China this month, a sign the world’s limited appetite for copper means the huge stores of the commodities in China’s warehouses will sit idle for some time, depressing global prices. 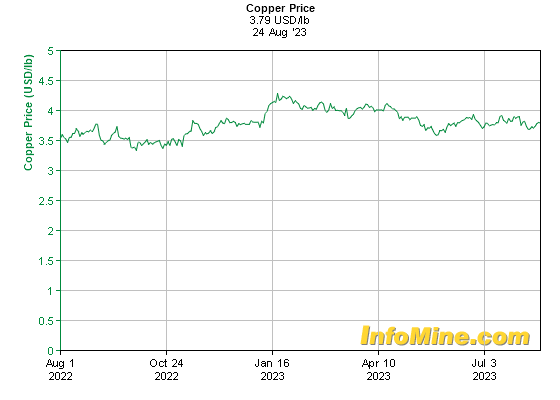 But it's also a classic bubble. Big investors purchase a lot of the metal so they can make money on the difference between copper bond interest rates and the relatively low cost of borrowing dollars in these times of zero interest. In practice, that means mountains of copper are mined just to sit in warehouses rather than head for factories (in effect, a glut and an inflated market value for the metal).

Either way, right now investors are turning against it. This has had a number of important side effects.

First, for those who mine the stuff — giant firms like Glencore Extrata, BHP Billiton and Freeport McMoran — the commodity’s collapse has brought their share prices down, too. Plans for new mining operations could be re-evaluated, and layoffs could follow.

Just on Monday Morgan Stanley, which has been very high on Freeport McMoran’s prospects, issued a note restating confidence based on the giant firm’s other metals businesses, especially gold. Gold is where investors tend to put their money when things get rough.

That’s no solace to copper-producing nations, however, particularly in emerging countries like Chile. Chilean monopoly Codelco, the world’s largest producer, which controls about 20 percent of all known reserves, also represents about 10 percent of that country’s GDP.

Any continued collapse could make it very difficult for Michelle Bachelet, re-elected to a new term as Chile’s president, to do much more than hold the line against an economic downturn. Codelco had already delivered unwelcome news to Bachelet, announcing it needs a $1-billion injection of cash from the government to upgrade its facilities.

The trend would also hurt Mexico, Australia, Indonesia, Russia, Zambia and Peru — though their economies are not nearly as dependent on the red metal.

Whether or not Dr. Copper is trying to tell us something deeper remains to be seen. Most likely, the good physician is warning once again: Those who believe markets are infallible aren't accounting for the folly of the humans who buy and sell in them.