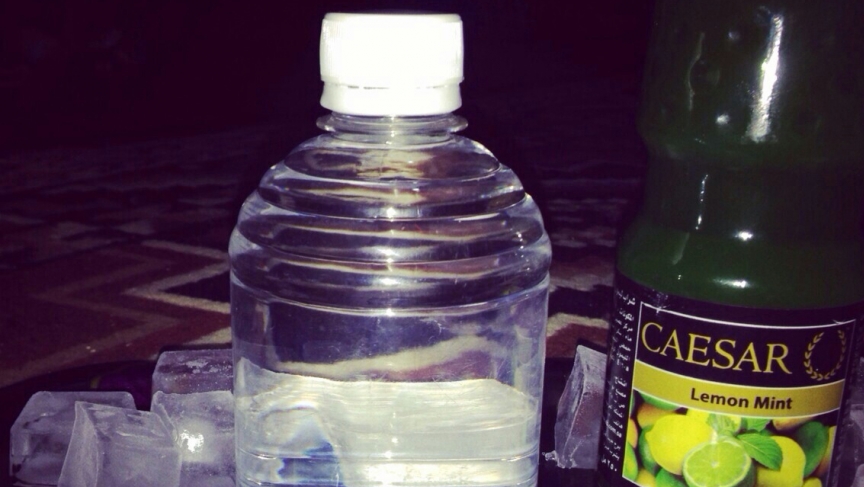 Libyans get around the alcohol ban by distilling their own homemade hooch called, "Bokha."

Oil is the usual talk in Libya — how to sell it, and who to sell it to. But Libyans are also unsure about what to do with another kind of highly-prized liquid in the country — alcohol. It's banned there, but popular.

“Libya is one of only three African countries that bans alcohol, along with Mauritania and Sudan," says Marine Olivesi, who just spent a couple of weeks in the country reporting on the booze culture. "The prohibition dates back to the early days of Muammar Gaddafi’s rule.”

She became interested when she saw young people in Tripoli cruising in their cars at night while drinking alcohol.

Olivesi found that Libya is only a "dry" land on paper. In reality, liquor is easy to find. It’s just expensive. A bottle of Chivas Regal could cost more than a $100.

So that’s why many Libyans turn to drinking bokha, instead. Olivesi says that’s the name of homemade, Libyan booze. It is cheaper, "but it’s not the safest drink these days in Libya.”

A year ago, Libya had to deal with a serious health crisis related to poisoned bokha. Someone had added methanol to a batch.

Olivesi says about 1,500 patients flooded Tripoli’s hospitals within a few days. Scores died, others suffered brain damage, and others lost their vision. A doctor at one of Tripoli’s main hospital said the poisoning was the worst health crisis she’s had to deal with. That includes what she saw during the revolution.

Olivesi says Libyans reacted in different ways to the news of this mass poisoning. “Some Libyans told me they stopped drinking or at least slowed down for a while after that,” she says. “But really, what I heard on the street is that more people now are just producing bokha themselves.”

Basically, they don’t trust the big producers anymore. So they’ve turned to making homemade hooch. Olivesi met Mohamed, who says he produces about eight liters of bokha every week, just for him and his friends.

Mohamed says you just need water, sugar, yeast, and some fruits, if you want extra flavor. Then you need tubes and a pressure cooker to create your very own distillery. Here’s how he makes his bokha:

After this DIY explanation, Olivesi's translator actually quipped that he never knew it was that easy to make bokha. Yet Mohamed, the man behind the recipe, admits there's another issue — you can’t really control how strong the booze will be. So some folks add extra alcohol, and that's where the problems can come in.

If you make it yourself, you know what goes into it. So there’s no fear of sipping, say, poisonous methanol.

Authorities have been ignoring the alcohol, so far. Olivesi talked with a health official who says the Libyan government has more pressing issues. And there’s no plan to legalize alcohol. The health official says that wouldn’t play well with the general public.

But some, like Mohamed, feel it’s irresponsible to maintiain the alcohol ban, since Libyans will keep drinking, ban or not.

But Libyans are conflicted about the issue of alcohol and bokha. Olivesi says many pride themselves on their traditional Islamic values and think alcohol should officially remain illegal.

“But that won’t stop many Libyans from drinking," she says. "Even though they're risking more than just a hangover.”