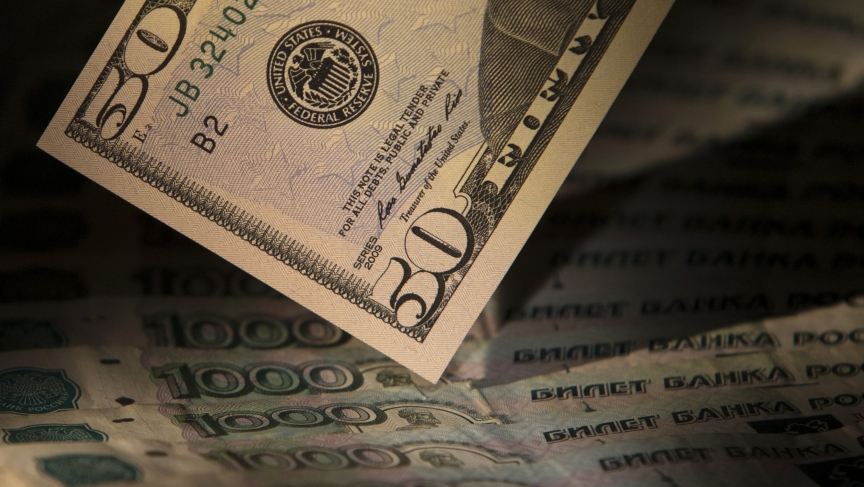 US dollars and Russian roubles are seen in this illustration picture taken in Moscow February 17, 2014.

Still, the annexation represents a new low in relations between Moscow and Washington, and raises concerns among foreign companies that they'll be caught in the middle.

After Crimea's declaration of independence, President Barack Obama announced sanctions against seven Russian officials who are close allies of Putin. In addition, the European Union issued travel bans and froze the assets of more Russian officials.

That's made many American businessmen fearful of retaliation by Russia, said Jason Corcoran, Moscow-based reporter for Bloomberg News. Ford, General Motors, Exxon Mobile, Coke and Burger King all maintain a large presence in Russia and "if relations between the two governments [US and Russia] deteriorate further, these deals could come up for review." 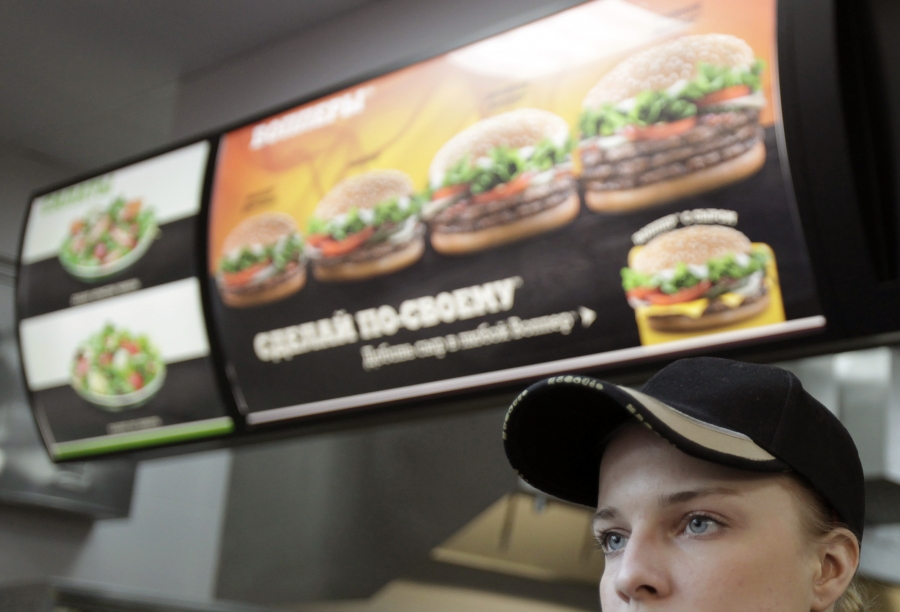 An employee at a Burger King restaurant in Moscow. One of many American companies doing business in Russia.

"At the moment, Putin doesn't seem to mind that $50 billion worth has been wiped off the face of the Russian stock market, that IPO deals have been cancelled, that bond deals have been cancelled," Corcoran said. “When the Soviet Union broke apart, Putin felt that was the single most tragic moment for Russia and he, for all intents and purposes, wants to rebuild the Soviet Union."

Putin's actions seem to go against his plans to spruce up Russia's image using the recent Winter Olympics in Sochi.

"It all seems contradictory," Corcoran added. He tried to make Moscow into a friendlier place for business and a financial center to rival Frankfurt, New York and London, and now they do this, "which puts many businessmen's noses out of joint and makes Moscow a tougher place to come."

But even before taking action in Crimea, Russia had already started targeting foreign companies. Corcoran wrote recently that a number of non-Russian executives are being deported for committing "minor infractions."

"For instance, if you are speeding, or jaywalking or smoking in a public place ... and if you have two strikes" and tried to return to Russia after being away, sometimes the individual would be refused entry," he explained.

New Zealander Quentin O'Toole, working for the consulting firm Deloitte & Touche, tried to return to Moscow after a trip abroad. O'Toole was detained at the Moscow airport, held in a cell overnight before being deported for speeding tickets, that his wife actually received. O'Toole, writes Corcoran, was eventually able to return to Moscow after spending six weeks outside of Russia.

Even executives working for prominent Russian businesses were targeted. An Australian man employed by a leading Russian metals company was refused entry and forced to languish in Switzerland because his driver racked up about $1000 in speeding fines.

"So there's a fear that this mechanism amongst American and foreign businessmen could be used against them in a tit-for-tat war if these sanctions are ratcheted up against Russian officials and businessmen," Corcoran said.