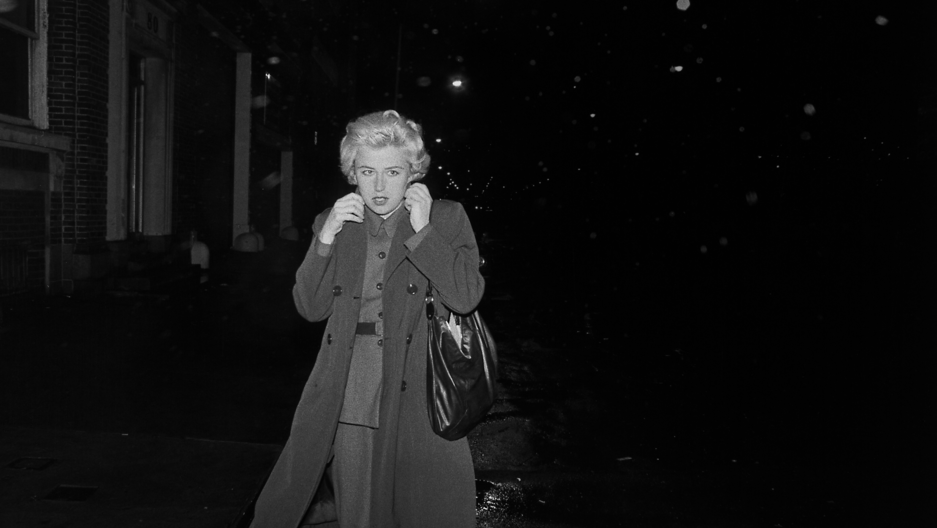 Courtesy of the artist and Metro Pictures, New York

Wigs, skulls, and upper class woes inspired three artists --- Cindy Sherman,Georgia O'Keeffe, and Edith Wharton --- to challenge what it meant to be a woman in the 20th century. But by delving deep into the female experience, they created work that rings true for both women and men, then and now. In honor of Women's History Month, we present three features from Studio 360's American Icons series that explore works by American women who changed how we thought about art and ourselves.

In the 1980s, Cindy Sherman began taking self-portraits in costumes and settings that recalled old black-and-white movies. They were "stills" for films that didn't exist, but might have. She would change in the back of a van and emerge on the street as an ingnue, a movie star, a soon-to-be murder victim. In a media-saturated age, Untitled Film Stills suggested that Sherman's identity as a woman was constructed from other people's narratives. That idea, along with the narratives themselves, have influenced a generation of artists. And yet as bold as the photographs are, Sherman is reluctant to speak about them --- she declined to be interviewed for our story as well. Artist Zoe Crosher revels in that paradox: "It's one of the interesting things about her and the history of her work. She's mute about everything she does."

See a slideshow of some of the Untitled Film Stills below.

"The men were all talking about the great American novel, the great American play, ... the great American everything," said Georgia O'Keeffe, who fled the East Coast for New Mexico in 1929. So O'Keeffe painted cow and deer skulls floating over delicate abstract landscapes of the New Mexico desert and created the great American painting. The art world, perplexed by a woman in love with symbols perceived as masculine and morbid, was forced to rethink what a female artist was capable of doing. At around the 7:30 in the audio, O'Keeffe explains why she was drawn to bones: "They are shapes that I enjoy. It never occurs to me that they have anything to do with death. They are very lively."

Edith Wharton's The House of Mirth

Lily is a smart single woman, a beauty in demand on the party circuit. But Lily is nearing 30, and struggling to manage money, friendships, and romance. In The House of Mirth, Edith Wharton examined the dangerous compromises facing a woman who wants to set her own destiny, and broke ground for countless writers who followed. Candace Bushnell, who wrote Sex and the City, reveals why she vowed "never to end up like Lily Bart." And the scholar Deborah Jermyn explains what ties Lily and Carrie Bradshaw together: "There's this continuing strand of the difficulty of what marriage represents for women. The difficulty of gender inequity that still exists between men and women, despite the fact that women clearly have careers they couldn't have dreamed of a hundred years ago."