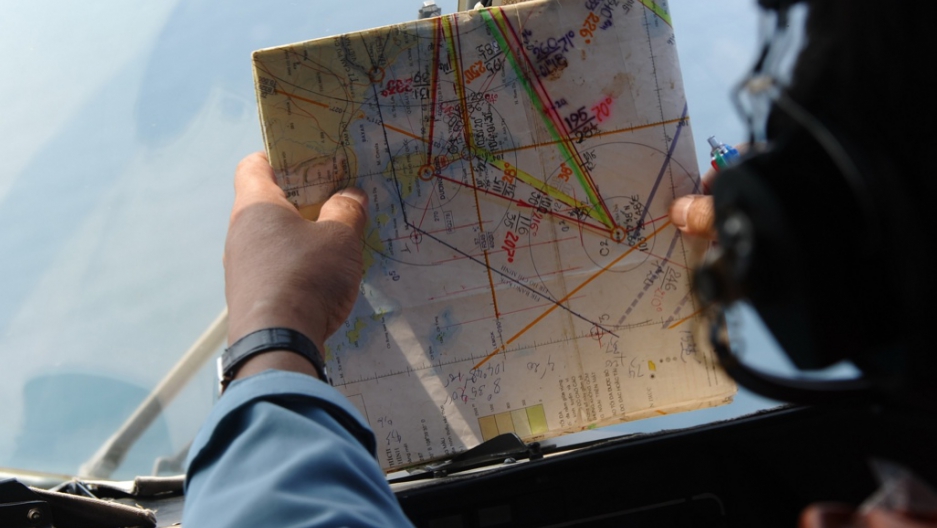 BUZZARDS BAY, Mass. — Since Malaysia Airline flight MH370 went missing March 8, there’s been no shortage of theories about how it happened.

Everything from terrorism to cyber-hijacking to aliens is being discussed in detail.

None of that has brought clarity or peace of mind to the relatives and friends of the 239 people aboard the plane. As the days tick by, the mystery only deepens.

Part of the problem has been what many see as obfuscation by Malaysian authorities, who have released at times confusing and contradictory information. Some have speculated that the authorities are withholding essential data — an accusation Malaysian officials have denied and criticized as "irresponsible."

Recent efforts to solve the mystery of flight 370 are centering on the plane’s pilots. Only a trained specialist, the theory goes, could have known how to switch off the aircraft’s on-board radar systems, and to program the maneuvers that diverted the Boeing 777 from its expected flight path, from Kuala Lumpur to Beijing.

GlobalPost reached out to two analysts at Avascent, an aerospace and defense consulting firm in Washington, DC, for additional information.

Jay Carmel is an aviation expert; his colleague, Joshua Pavluk, is an aerospace consultant specializing in radar systems.

GlobalPost: How could a huge plane full of people just vanish, given all the technology and other resources at our disposal today?

Jay Carmel: There clearly had to have been experts on board, people who knew the particulars not only of the technology but of air traffic protocols. The person who did this would have to know how to turn off the technology — which is not a simple matter.

There is a highly complex sequence of switches and commands needed to turn off the key part of the ACARS (Aircraft Communications Addressing and Reporting System). Pilots or someone with a deep understanding of ACARS are the only people who would know how to do this.

They also had to turn off the equipment at just the right time, as they were leaving Malaysian airspace and supposedly making contact with Vietnamese air traffic control.

"This was very well planned ... Deep down I think it had to have been a pilot," says Jay Carmel, aviation expert at Avascent.

The Malaysian crew would have signed off; the Vietnamese would wait for the aircraft to initiate contact.

The fact that this was done precisely during the handoff allowed them to disappear without raising any immediate alarm.

The key thing to understand is that this was very well planned. Whoever did it knows what a pilot does, and is familiar with air traffic control. Deep down I think it had to have been a pilot.

Can you explain a bit about the communications systems used to track the aircraft?

Joshua Pavluk: There are two types of radar that track the aircraft, primary and secondary.

The secondary radar includes the transponder, which sends out signals to radar stations on the ground. This is based on military technology, used to identify whether a plane is friendly — the IFF (Identification Friend or Foe) system.

It was this secondary radar that was turned off.

The primary radar system sends out pings, like a whale. It can give you altitude and distance, a rough location.

Then why hasn’t anyone been able to locate the aircraft?

Pavluk: There are two possible ways to lose a plane. One is if the radar station is out of range. If the plane is out over the Indian Ocean there may not be any radar signals able to reach it.

The other way to avoid radar is to fly low to the ground. If the pilot descended to 5,000 feet, other objects would mask the plane’s signals, and make it harder to identify.

But it is unclear whether there has been any radar detection of MH370.

Military radar could have picked up a signal, but releasing that information would also expose sensitive data about military capabilities and the location of radar installations. A country might not necessarily want to share this.

So in addition to geographic and technological constraints there are also political considerations.

Carmel: A satellite is able to pick up only a limited amount of information. It is 22,000 miles above the ocean, and not meant to pinpoint a particular asset. You would have to know where to direct the satellite to get accurate information, and the area is just so vast.

There has been a movement to upgrade aircraft — to give them ADSB (automatic dependent surveillance-broadcast) systems that would transmit actual GPS coordinates, but it is expensive. It will be interesting to see whether this incident incites regulators to get this system onto planes.

Where do you think the plane is now?

Carmel: The southern route makes the most sense. It seems unlikely that with all the radar in China, India, Burma, etc., the plane would not have been spotted. It of course could never get near Kazakhstan or Afghanistan without getting picked up.

But there are so many weird things that had to have happened in this case that you cannot discount the northern route completely.

Could the plane have landed somewhere?

Carmel: There are plenty of small islands down in the region. It is possible, but who knows? It is too difficult at this point to say whether or not the plane landed.

Pavluk: It is not easy to hide a 777. It’s a big aircraft. Someone would notice eventually.

How would you rate the handling of the crisis so far?

Carmel: There is a lot of skepticism about the capabilities of the Malaysian government. They apparently saw blips from the plane after it had veered off course, but they did not attach any significance to them. They had information on the diverted flight path.

There has been a lot of frustration with their inability to process information, and it is feeding conspiracy theories and complicating international coordination.

How long will it take before the authorities just give up?

Carmel: The investigators will never totally give up, but over the next week or two I think we will see a gradual lowering of the intensity.

Pavluk: It could take weeks, months, years, but utilizing all of the technology at hand and given the political will they will eventually find out what happened.

It gets harder over time. If the plane is at the bottom of the Indian Ocean, for example, the currents will shift its location. But if the will is there, they will find it.

More from GlobalPost: 7 technologies for tracking (or losing) airplanes