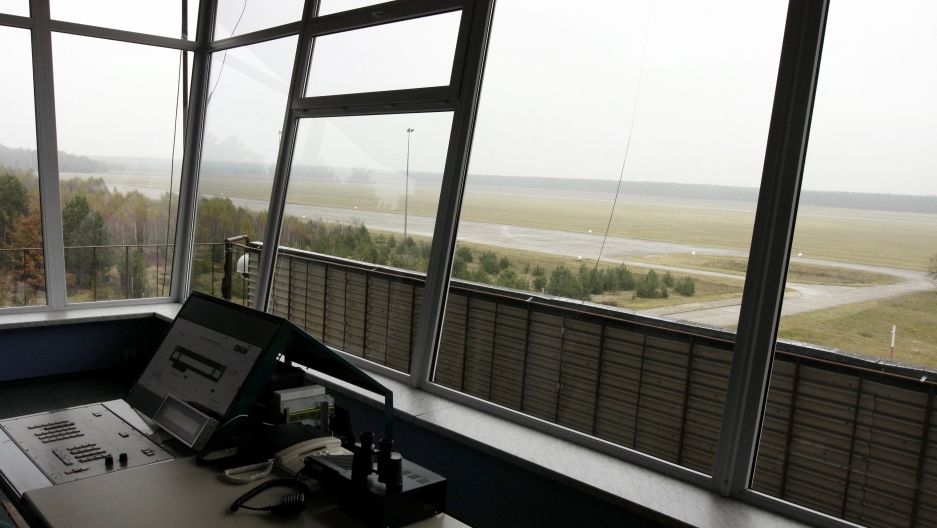 STARE KIEJKUTY, Poland — From a hilltop overlooking a military base in this picturesque village 100 miles due north of Warsaw, a charming country house is just visible across a shimmering blue lake.

Surrounded by a dual row of high chain-link fencing topped with razor wire, it's the only sign of life at the base, which serves as a training center for the Polish intelligence agency somewhere within.

This is where America's Central Intelligence Agency allegedly tortured suspected terrorists during its hunt for Osama bin Laden between 2002 and 2005. According to information leaked by CIA officers to the Washington Post, the CIA purportedly paid Poland's intelligence service $15 million for the use of the villa — or another one like it hidden in the woods behind the fence — as a secret “black site.”

Despite allegations of torture and disappearances that recall the worst crimes of Poland's recently troubled history, human rights workers say the government is stonewalling investigations.

That’s not unpopular with some in Stare Kiejkuty. Locals say terrorism must be fought by any means necessary — especially after Washington’s decision to send a dozen F-16 fighters and 300 soldiers to Poland's border with Russia this week because of the crisis in neighboring Ukraine.

At Stare Kiejkuty's only shop, a tiny general store opposite the military base, the proprietor is more disgusted with reporters than foreign spies. A dowdy, middle-aged woman with rusty gray hair and a prominent mole on her cheek, she says villagers are fed up with being portrayed as ignorant bumpkins.

“I don't believe anything was going on here,” she says, declining to give her name. “But if so, there are such bases all over the world. Something has to be done to stop the terrorists.”

Dawid, a teenager on a stroll with his girlfriend, agrees. “As long as the terrorists couldn't get off that base to hurt women and children in our town,” he says, “I don't care what happened to them there.” He, too, asked not to be identified by his full name.

Lawyers for two men granted victim status in Poland's internal investigation into the torture allegations say the CIA looked to this idyllic forested retreat when a similar black site in Thailand proved to be infested with snakes. They allege the US secretly flew terror suspects to a closed nearby airport and spirited them to the military base under the cover of darkness.

Saudi-born Abu Zubaydah, Saudi national Abd al-Rahim al-Nashiri and possibly many others were allegedly hooded and paraded naked in front of their interrogators and forced into painful “stress positions” that dislocated the shoulders of one detainee, according to a case filed with the European Court of Human Rights.

Interrogators carried out mock executions and repeatedly waterboarded suspects to encourage them to confess to terrorism. Khalid Sheik Mohammed, the mastermind behind the Sept. 11 attacks, is said to have been subjected to the torture 183 times, the Washington Post reported.

Back then, no one in Stare Kiejkuty could hear them scream. Now, allegedly under pressure from its American co-conspirators, Poland is working to keep the case shrouded in silence, says Amrit Singh, the lawyer representing al-Nashiri, who has been held without trial in Guantanamo Bay since 2003.

“Prosecutors have been changed three different times, [once after] there were reports that charges had been brought,” said Singh, who took the case to the European court in an attempt to break Polish stonewalling. “All indications really are that there is political influence in [Poland's] investigation.”

The implications range far wider than whether or not Polish intelligence broke the law.

Human rights workers and political analysts here say the case marks a seminal moment for a country caught between the influences of the European Union, the US and Russia, and is still struggling to develop democratic institutions.

“For the majority of Polish politicians and Polish society, the devotion to our relationship with America is constant,” says political analyst Jacek Zakowski. “But the question is what kind of America. Is it the America of Guantanamo? Or is it the America of freedom of religion?”

Keen to secure American and NATO protection back in 2005, Poland was quick to accept former US President George W. Bush's “you're with us or against us” formulation that scorned France and Germany for their criticism of his invasion of Iraq.

But some questioned the Polish support for the war, especially after President Barack Obama altered Bush’s plans to build missile defense installations here.

Despite government delays and interference, the investigation into Stare Kiejkuty trundles on, even as other countries accused of hosting black sites, such as Lithuania and Romania, have killed off any such efforts, says Julia Hall, Amnesty International's expert on counterterrorism and human rights.

But now events in Ukraine may ensure that American support for Polish security will outweigh concerns about the legality or morality of US actions.

More from GlobalPost: This is how these 12 countries will punish you for insulting their heads of state

What's at stake is not only the fate of the alleged victims but also the future of the rule of law, Hall says.

A torture verdict may allow Zubaydah and al-Nashiri to avoid the death penalty, she says, which would send a clear message to the US that it can’t simply “play the heavy” and expect Poland to do its bidding, then help cover up its crimes.

Unlike the lawyers for the two suspects who brought the case to the European Court of Human Rights, Hall believes Poland's internal case may shed more light into what took place at Stare Kiejkuty.

Although Amnesty blasted the Polish government for obstruction last June, she believes Poland's prosecutor remains independent despite continued US pressure to let the matter die. The recent addition of a third alleged victim to the case provided grounds for more optimism.

For getting to the truth behind what took place in the CIA’s black sites, she says, “Poland is the last man standing.”