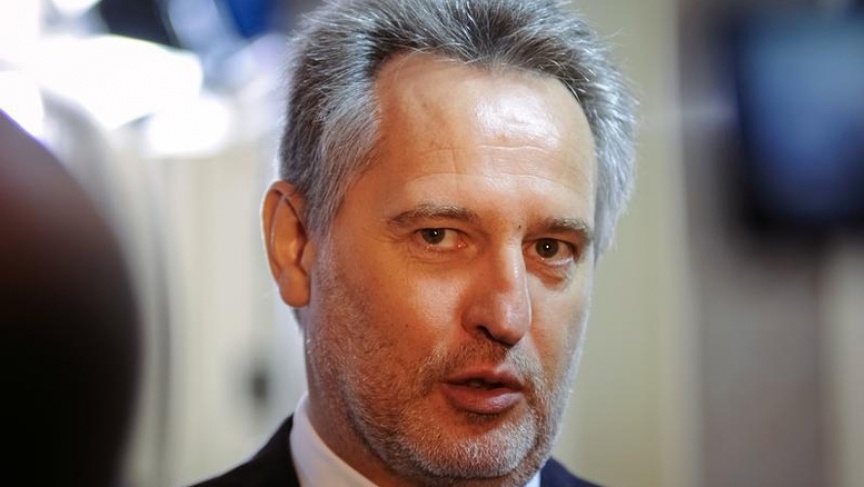 Last week police in Austria, acting on a warrant from the FBI in the United States, arrested Dmitry Firtash. He's one of Ukraine's wealthiest businessmen, with ties to deposed Ukrainian president Viktor Yanukovych and possibly to Russian President Vladimir Putin.

Austrian authorities said he's been under FBI investigation since 2006. And a statement from the US Attorney's office handling the case said Firtash was being charged in connection to an "international corruption conspiracy," and that the charges are unrelated to the current crisis in Ukraine.

But some believe his arrest could be a message to Moscow that the US is willing to put pressure on wealthy oligarchs with ties to the Kremlin.

Dmitry Firtash's company controls much of the natural gas that flows between Ukraine and Russia's state-owned energy giant, Gazprom. Orysia Lutsevych, of the think-tank Chatham House, says having Firtash in custody could help open the lid on Russia's sometimes-secretive gas trade.

"If Europe and the US decide to act upon Putin, in terms of pressure and sanctions," says Lutsevych, Firtash "would have a lot of valuable information in terms of how the business is built, because it's not so obvious."

Lutsevych also points out that Firtash has a stake in other Ukrainian sectors, besides gas. He also owns one of the major TV channels in Ukraine.

"So between the gas trade and major TV stations, he was always fused with Ukrainian politics," says Lutsevych. "His support or opposition was instrumental to a lot of political leaders in Ukraine. And you know it's up to a court to prove whether he's guilty or not, but he has been polluting [the] political system for quite some time."

And his influence may reach further. Along with many other Ukrainian and Russian oligarchs, Firtash has made a kind of second home in London. Helen Goodman, a member of Britain's Labour Party, claims Britain's Conservative-led government has financial ties with Firtash.

For example, public records show Britain's Conservative Party received over $100,000 since 2006 from a British company closely linked with Dmitry Firtash. That may not sound like much by American standards, but it could go a long way in Britain, a country with tighter campaign spending rules.

And Goodman is concerned that could sway any future action on Ukraine by the British government.

"We've got a number of diplomatic options which we can take," says Goodman. "We can take economic sanctions. We can freeze assets. And it's very important that those decisions are not influenced in any way by the private financial interests of either individuals or a political party."

No one with Britain's Conservative Party would comment for this story. But speaking in the House of Commons, British Foreign Secretary William Hague dismissed Goodman's questioning about a possible link between the Conservative Party and Ukrainian oligarchs. "Well. I find the Honorable Lady's question ridiculous in the extreme," said Hague. "I almost don't know where to begin to ridicule it."

However, Orysia Lutsevych of Chatham House, says that after Firtash's arrest, there'll be growing pressure on British politicians to explain their links with the Ukrainian businessman. "It's a question of whether you want to be associated with this person or not," said Lutsevych. "People have a right to be suspicious and to ask questions, especially if you have some links to an oligarch."

And people are suspicious. British Ukrainians have targeted Firtash and other oligarchs in London with demonstrations. Earlier this year, protesters gathered outside the London Stock Exchange to express their anger that London's financial industry has embraced the Ukrainian oligarch. They chanted, "Firtash out!"

Dmitry Firtash now awaits a US extradition request. His bail in Austria has been set at over $170 million.