Bimala Parajuli is a 36-year-old mother of three who lives in a village east of Kathmandu. Like many women in rural Nepal, she has given birth in crude settings.

Many babies here are born in unhygienic conditions, outside the hospital. This makes them susceptible to dangerous infections.

“About 20,000 newborns die every year in Nepal,” says Asha Pun, a maternal and newborn health specialist with UNICEF. She says many of those deaths are due to infections, so the challenge is to prevent infections at the time of birth. 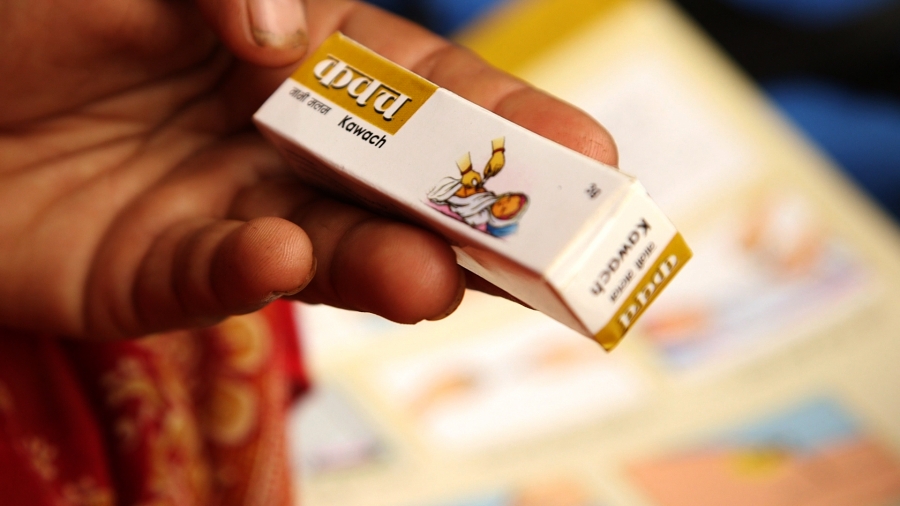 The antiseptic chlorhexidine is distributed to pregnant women in villages.

Several years ago, public health experts suggested one way to do that — by using an antiseptic gel called chlorhexidine.

“Chlorhexidine has really been like a magic drug,” Pun says. The medicine, manufactured in Nepal and packaged in tubes, costs as little as 20 US cents.

In Nepal, people have traditionally applied turmeric to the stump of a newborn's umbilical cord right after birth, in the belief that it promotes healing. Health workers are now asking mothers to use chlorhexidine instead. They spread the gel around the bellybutton soon after the umbilical cord is cut.

Studies show that a single application of chlorhexidine can reduce the risk of death among newborns by about 25 percent.

An army of volunteers

Although chlorhexidine has been used for years in US hospitals, it was only recently introduced to Nepal, and its use here presents a special challenge.

In Nepal’s remote and rugged terrain, pregnant women live scattered across the Himalayan foothills, often far from hospitals. Public health officials had to find a way to distribute the drug to those who need it.

The government decided to rely on an all-female army of volunteers.

Across the country, some 50,000 volunteer health workers keep track of pregnancies in their villages and offer medical advice to women. Now, they are also responsible for delivering chlorhexidine.

Bimala Parajuli, the woman who gave birth in a cowshed, is one of these volunteers.

“I do this in hopes that other pregnant women do not suffer the way I did,” she says. 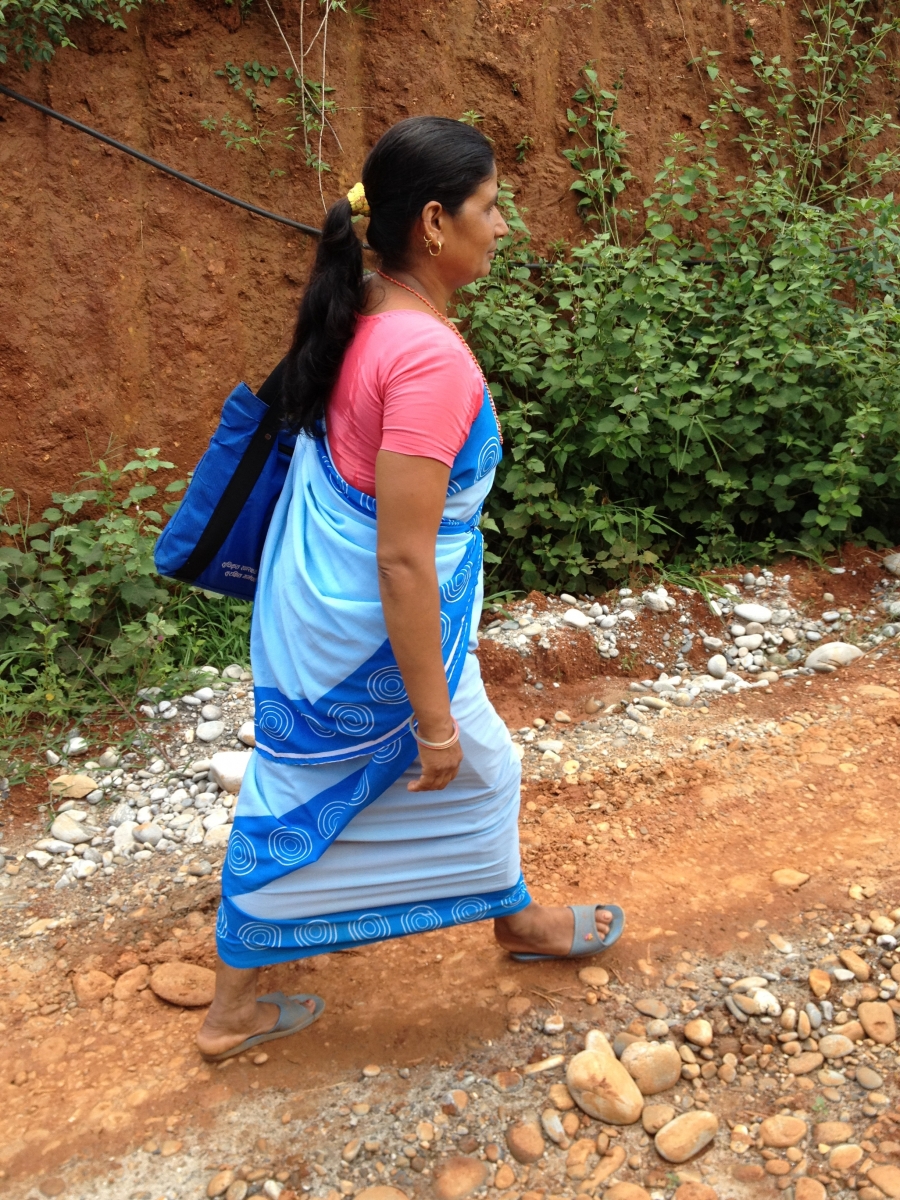 On the day I visited Parajuli, she prepared herself to make a delivery. She put tubes of chlorhexidine in a shoulder bag, along with some prenatal vitamins and health pamphlets. Then she headed out to visit a woman who was eight months pregnant.

“We give them this gel when they’re eight months pregnant because they’ll forget if we give it too early.” And she says if she brings the gel past the eight-month mark, it may be too late. The woman may give birth prematurely, before the ointment arrives.

To deliver the medicine to remote homes, Parajuli has to walk as much as two hours each way. She treks along the side of a mountain and trudges up the steep hill in her sandals.

In the rainy season, these roads can wash out, which makes the journey even harder. And because few people have telephones, there is often no way to call ahead.

“Sometimes, when I get to the women’s homes, they’re not even there and I have to make the trek to their home all over again,” she says.

A model for the developing world

Volunteers like Parajuli currently distribute chlorhexidine to more than half of Nepal. The government hopes to expand the program to the entire country by next year.

And what started as an innovative effort to save newborns in Nepal is now spreading much farther.

“Other countries — in Africa [and] in Asia itself — are also initiating this program,” says Asha Pun of UNICEF.

By one estimate, if chlorhexidine were used across the entire developing world, over half a million newborn lives could be saved each year.

Nearing the end of her trek, Bimala Parajuli rounds the last corner along a muddy path surrounded by vegetable fields. She then carefully climbs down a steep, rocky path to reach the front patio of a house.

The pregnant woman she has come to meet is home. On this day, Parajuli will be able to make her life-saving delivery.

Sushama Pandey contributed to this report, which was produced with support from the International Center for Journalists (ICFJ).

What is the role of the antiseptic chlorhexidine and other low-cost medicines in saving newborn lives in the developing world? On Tuesday, March 18, from 11-12pm EST, The World's Sonia Narang and Dr. Steven Hodgins of Save the Children answered your questions about the latest Ninth Month story.

Sonia Narang is a multimedia producer for PRI's The World. She produces online content and videos for in-depth multimedia projects, including the global cancer series and the year-long South African School Year series. Recently she has reported two stories for The World's Ninth Month series, about physical labor during late pregnancy in Nepal and this most recent story about a low-cost antiseptic being delivered to pregnant women in Nepal by volunteer health workers.Steve Hodgins is a public health physician who has worked in several countries in Africa and south Asia, focusing on maternal, newborn and child health. He currently works for Save the Children on the Saving Newborn Lives program. Dr. Hodgins was, for six years, based in Nepal where he worked with colleagues from the Ministry of Health, Johns Hopkins University, John Snow Research and Training Institute, USAID and others to pilot the use of chlorhexidine and then introduce it into the government's routine newborn care services.  He continues to provide guidance to this program in Nepal and has been helping governments in a number of other countries to introduce chlorhexidine into their newborn services.