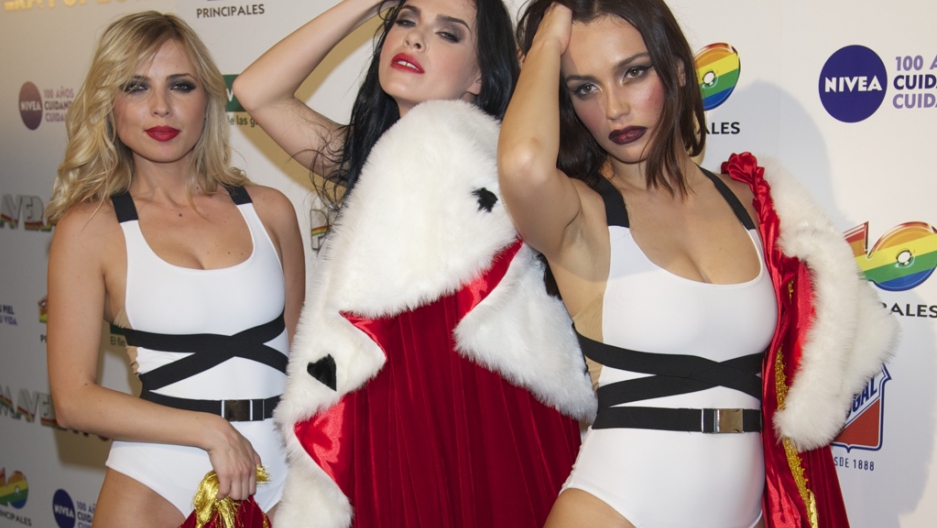 So this is the No. 1 song in Russia right now:

The group is called Serebro ("Silver") and this song is called "I will never give you up to anyone."

What is less clear is what the women are doing in this video, which looks to be some sort of lesbian romp but almost certainly is nothing of the sort.

True, they are scantily clad, often hugging and caressing one another, singing the empassioned lyrics, "I'll never give you up to anyone," but it's not because they are in a love relationship — at least not with one another, not like that.

Why not? Well because it's Russia, and in Russia, 74 percent of people say homosexuality is unacceptable, according to Pew Research. Russia's anti-gay laws, which became international news in the leadup to the Sochi Olympics, range from prohibiting foreign gay and lesbian couples to adopt Russian children, to banning the dissemination of pro-gay "propaganda" that could be accessible to children.

Simply put, the Russian government doesn't like gays, which is why it's both noteworthy and a little surprising that the women in the video for Russia's No. 1 song are engaged in what looks like a passionate lesbian relationship. The message isn't rocket science, but deserves stating outright all the same: In a male-dominated autocracy like Russia it's fine for scantily-clad probably non-lesbian model-types to cavort in videos (Tatu, anyone?) — just don't you dare try doing that at home.

Here are some of Serebro's previous hits, "Mi Mi Mi":

Boasting such lyrics as:

I am so super pupper drupper,
I’m the front girl in round!
I am so cool with my awesome big tits
On the ground!