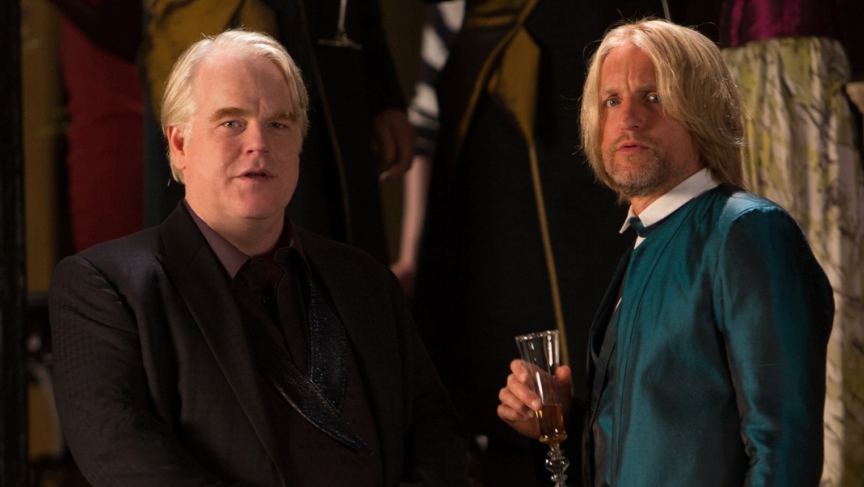 When Philip Seymour Hoffman died of a drug overdose in February, he left behind a large and highly respected body of work. But he also left filmmakers with a tricky dilemma.

When Hoffman died, he had not yet completed shooting several scenes for the final installment of The Hunger Games film series. Hoffman plays Plutarch Heavensbee, the mastermind behind the Games. Faced with an enormous hole in a film with enormous amounts of money on the line, the filmmakers are making a daring choice. They're creating new footage of Hoffman using computer animation, which will be inserted into the final version of the film.

Is this possible? Is it ethical? Is it even a good idea?

The filmmakers aren't discussing their work publicly. So we turned to Steve Preeg, a veteran special effects technical director at Digital Domain.

He believes it is possible, but adds the process will be excruciatingly difficult, with no guarantee of success. Preeg isn't working on The Hunger Games, but he has successfully generated believable human behavior with computer-generated imagery in other films, from the backwards-aging Benjamin Button (for which he won an Oscar) to Jeff Bridges's 35-year-old doppelganger in TRON: Legacy.

Preeg says creating a “synthetic character” that is authentically human is the most difficult task in computer graphics.

Working on both films, Preeg had the benefit of being able to create a high resolution digital scan of the actors' heads, and drawing on their in-studio performances. He says if the team behind The Hunger Games doesn’t have a scan of Hoffman's head and body, they're going to have to animate him from scratch, requiring “a lot of artistic interpretation.” The digital images would be mapped onto a body double, who might also be the actor impersonating Hoffman for the lines.

“Anything that is even slightly wrong with it,” he says, “causes a dip into what is known as the 'uncanny valley,' which is a horrible place where when something gets close to human looking, but doesn’t quite make it, it actually becomes repulsive.”

The “uncanny valley” is a term first coined in 1970 by Japanese roboticist Masahiro Mori to describe the phenomenon whereby “a computer-generated figure or humanoid robot bearing a near-identical resemblance to a human being arouses a sense of unease or revulsion in the person viewing it.”

With the advance of computer technology in movies, the “uncanny valley” has become a central concern of filmmakers and computer animators. It's tougher to avoid with movement — something that will be almost unavoidable for Hunger Games.

Even if the filmmakers successfully simulate Hoffman’s voice and facial expressions, they still must deal with duplicating the actor’s singular physicality.

What unique combination of vocal quality, facial expression and physical movement defined Philip Seymour Hoffman’s character in The Hunger Games? And can this ever truly be duplicated by a computer animator?

"One of the things I think they're going to be facing,” Preeg says, “which I'm not sure how you would ever solve — is what would Philip Seymour Hoffman have brought to that role that day while filming? That's something no one can ever answer."