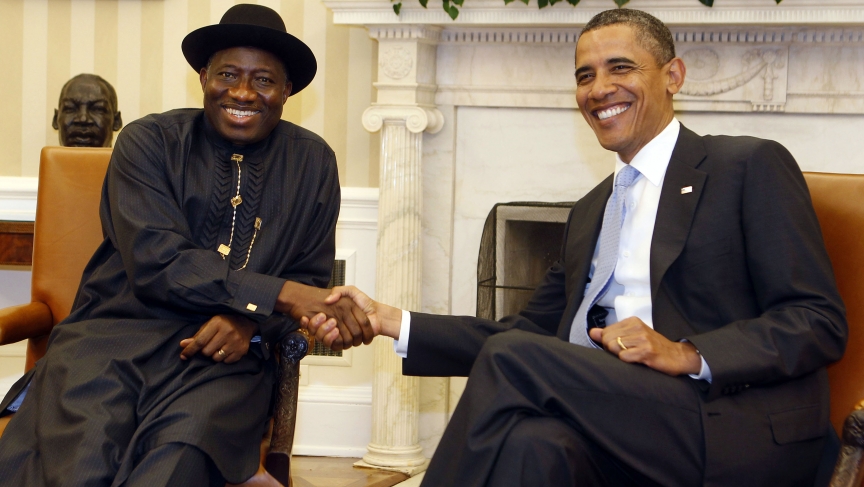 No one is shocked these days by allegations of corruption in Nigeria. But the amount of oil revenue that is reportedly being stolen there now is staggering.

In recent weeks, a Nigerian official went on record alleging that some $20 billion of his country's oil revenue had gone missing in just the past 18 months.

That official — Central Bank Governor Lamidu Sanusi — was about to do some serious asset-tracking to find out what had happened to the cash.

Sarah Chayes, a senior associate at the Carnegie Endowment for International Peace says western officials have told her the $20 billion has been laundered and is at the disposal of President Jonathan.

Chayes has been looking at several acutely corrupt countries, including Nigeria, and she sees a pattern.

"Rather then seeing them as, fundamentally, governments who ... are trying to govern and see after the welfare of their people with a degree greater or less of corruption around the edges, we need to really think of them as criminal organizations that are posing as governments — are essentially using their government activity to pursue their primary objective, which is not governing, but extracting resources," Chayes argues.

Chayes links Nigeria's corruption to the other big story there, the extremist militant group Boko Haram. The name means "western education is forbidden," or is "ritually unclean."

"Westerners have a tendency to see that in cultural terms, like 'Oh, they don't like tolerance and scientific inquiry and critical thinking,'" Chayes says. "But if you think of it in the context of this massive civil service-driven theft of national resources, it looks like something different. So to get a job in the civil service or in a hospital or in schools — which also steal people's money — you have to have a degree. You have to have gone to school and gotten what in the north is seen as a western education. And that's what Boko Haram was kicking about, originally."

Chayes argues that foreign donors and aid agencies are providing "wiggle room" for corrupt governments like Nigeria, by performing the functions that the government ought to be performing.

"We just had, for example, Secretary of State [John] Kerry condemning Boko Haram and promising counter-terrorism support for Nigeria, but when the government of Nigeria is stealing $20 billion from its own people over an 18-month period, somehow that doesn't seem to be rising to the level of something that US foreign policy needs to grapple with," she says.

Some of the factors that might have made Washington reticient to push for transparency in Nigeria are now changing. The US need for Nigeria's oil is down. And Nigeria's role as a power broker in Africa could be waning, according to Chayes.

"So that gives the US some room to really look at putting more pressure on a country like Nigeria," she says. "It also means that our banks, and our oil companies, and our consumers need to think twice about how their actions enable a system like this."