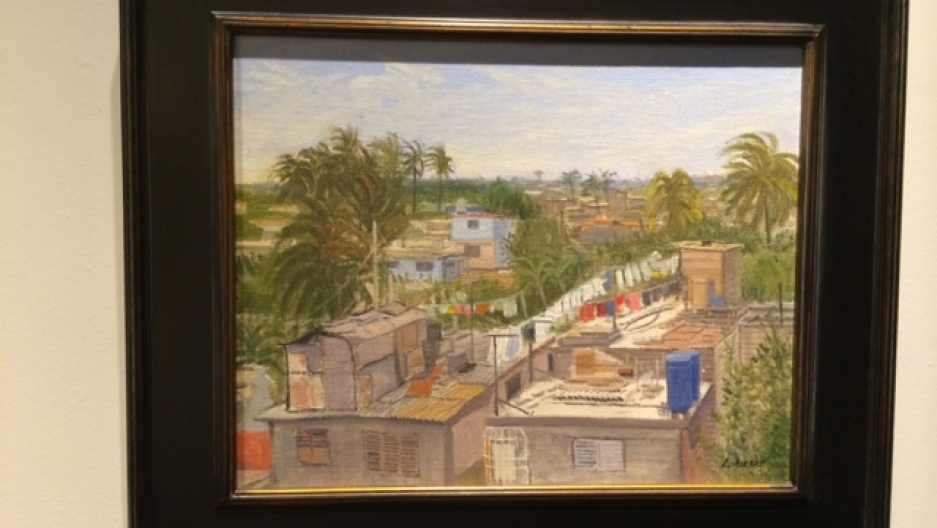 From the WLRN Newsroom and reporter Nancy Klingener

Sandra Ramos has never wanted to emigrate from Cuba, but in her more than four decades on the island, she has seen many people leave.

Their absence resonates throughout her work. The image of her as a 10-year-old is plastered behind a wall of palm trees, trapped on the island. In another piece, her school girl's body lies across a gaping space in the middle of a bridge, trying to connect two separate lands.

"It's a perspective on immigration from those who stay," Ramos said.

Now, Ramos and other Cuban artists, all of whom were raised on the island and have launched international careers from there, are exhibiting their works in Key West. Organizers say it is the first exchange between Cuban and US museums in more than five decades.

Read more about the exhibition via The Miami Herald

Slideshow: Work from the exhibition