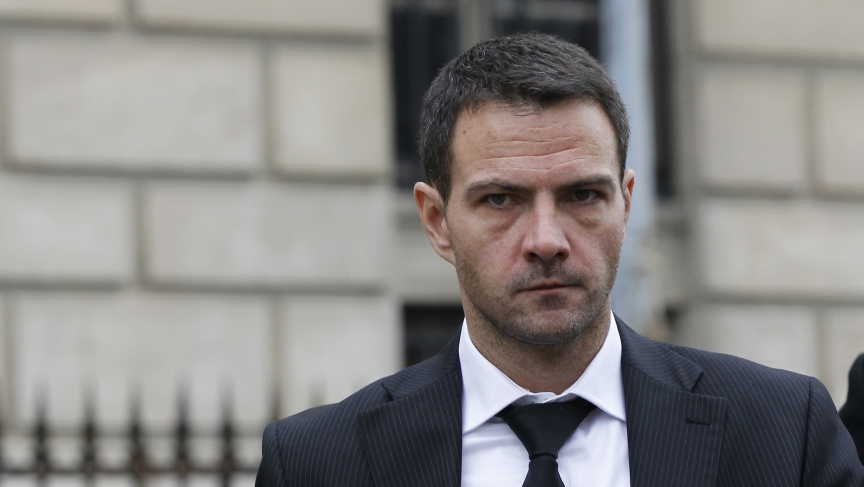 Former Societe Generale trader Jerome Kerviel arrives at the Paris court for the verdict in an appeal trial on October 24, 2012. Kerviel was behind France's biggest rogue-trading scandal. He was sentenced to three years in prison and ordered to repay his former employer nearly $7 billion.

Have you heard the story about the Frenchman walking back home from Rome after meeting the pope?

No, it is not a joke. It is about Jerome Kerviel. And you may remember the name from the news about six years ago.

Kerviel used to be a derivatives trader for the French bank Societe Generale. Then, in early 2008, he made some unauthorized trades that cost the bank nearly $7 billion in losses. He could face up to three years in prison, and he may be ordered to pay the bank back.The French Supreme Court will hear his appeal next week.

But Kerviel won't be there. He'll be walking on a solitary protest march against what he now calls the "tyranny" of the financial markets.

He's been on the road for two weeks, walking about 20 miles a day.

"I really didn't know why I had the feeling to walk," he told the BBC. "But I thought it was very necessary for me."

Kerviel began walking after his meeting with Pope Francis. Kerviel had written a letter to the pope asking for guidance. He won't reveal what the pope told him, but he says he admires the pope's advocacy for the poor.

And Kerviel has a long way to go before he gets to Paris. He says if the authorities want him, they know where to find him.

After all, he's not on the run. Just on a walk.