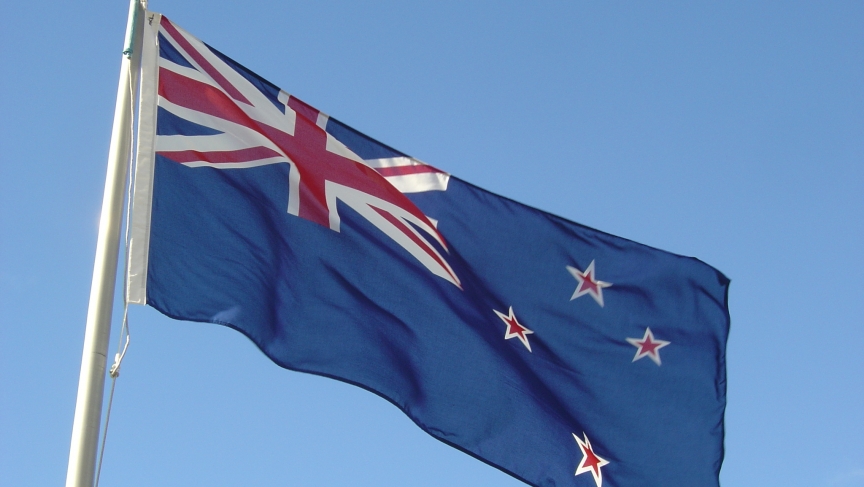 Voters in New Zealand will get a chance in 2017 to decide whether to keep their current flag or adopt a new one.

New Zealand is one of many former British colonies whose flags still feature the British Union Jack — and many see it as a relic of the country's colonial past. In fact, it came into being almost by accident, when it initially appeared on a navy ship, before coming into widespread use as the country's official symbol.

New Zealand Prime Minister John Key suggested the country vote on a new flag as a "step in the evolution of a modern New Zealand by acknowledging our independence through a flag." To keep the flag from becoming a partisan issue, he plans to create a cross-party group to oversee the process and vote, according to the New Zealand Herald. If the public votes out the old flag, they'll be invited to help design the new one. President Key once said he would like to see a silver fern on it — which is its own relic, dating back to the Boer War in the 19th century.

This Cadillac ad took a wrong turn in Europe

A TV ad for Cadillac went viral online in the last month. It shows an American businessman striding through his lovely home, pondering why people in the US work so many more hours than Europeans. By the end of the ad, he’s convinced himself that, actually, work is great, Europeans are slackers and being able to afford a high-end car (such as a Cadillac) is worth far more than long vacations.

The World’s Gerry Hadden talked to his French in-laws about the ad. They told him America can keep its cars, its materialism — and its disdain for Europe's culture.

For imported cars in Kenya, it's against the law to be old

Kenya has strict rules about importing foreign cars, including that freshly-imported cars can’t be more than eight years old. Now the country plans to destroy more than 2000 older cars from Japan that somehow slipped through customs — to send a signal against corruption, according to Kenya's Daily Nation.

Kenya was once a British colony and Kenyans still drive on the left side of the street. So Japanese cars are particularly popular there, because they are designed to be driven on the left. Kenya's government pays an independent Japanese company to verify the age of imported second-hand cars, so corruption is the suspected cause of the problem. The contraband autos are valued at about $46.2 million.

Anyone want to claim a soggy load of hashish?

Nearly two tons of hashish washed up on a beach inside a Spanish enclave on the North African coast. More blocks of hash were found floating further out to sea, according to the Morocco World News. The drugs were recovered close to the town of Ceuta, which lies across the Strait of Gibraltar from mainland Spain and is surrounded by Morocco. Spanish authorities confiscated the drugs, and suspect they fell off a ship bound for the Spanish mainland. Morocco is one of the largest producers of hashish.

Andrew Whyte, a freelance photographer from Portsmouth, Great Britain, has an unusual hobby: he regularly includes a miniature Lego man in his photos. He’s been carrying around the one-and-a-half-inch figure for more than a year now. His Lego guy has been all over Andrew’s hometown and even up to London — waiting for the Tube and gazing up at The London Eye. He even got to pose for his debut on American radio. PRI's The World reports has the story and stunning photos of the little Lego explorer's adventures.

The weather got in the way of the famed Iditarod sled dog race on Tuesday. The racers had already encountered obstacles, like patches of snowless terrain due to a mild winter in Alaska, when a strong gust of wind ended up deciding the race, according to The Weather Channel. Race leader Jeff King was an hour ahead of the pack when he was blown off course, and that cost him an easy victory just six miles before the finish line. Dallas Seavey came from third place to win.

And how exactly will you be voting? 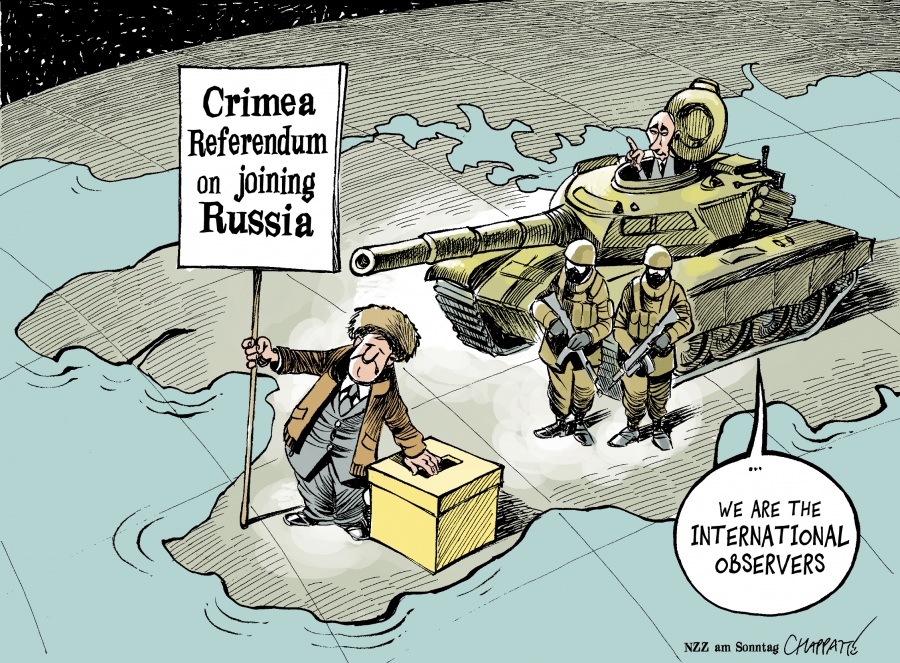 Crimea's separatist government says it has invited the Organization for Security and Cooperation in Europe (OSCE) to monitor Sunday's referendum on whether to join Russia. The OSCE says Crimea doesn't have a recognized government so it can't issue such an invitation. And Russian forces massed at Crimea's borders have so far prevented any OSCE military observers from entering the region.