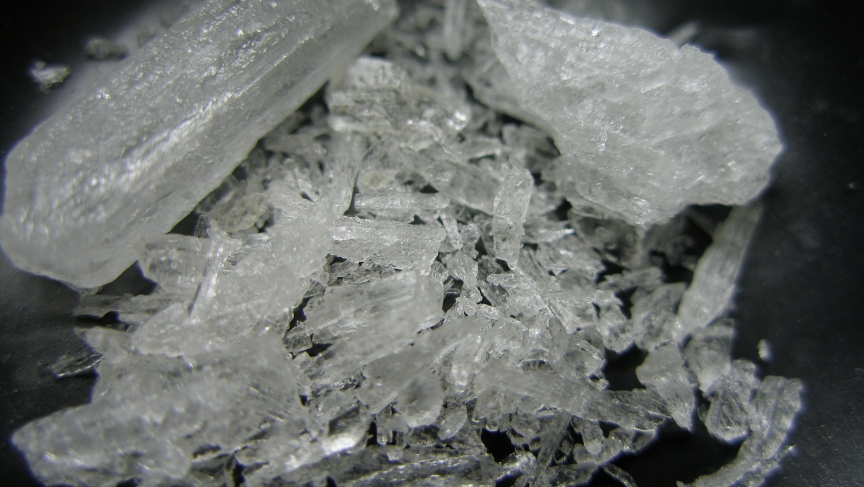 Crystal methamphetamine is being used to battle stress among students in Germany, according to a new study.

The use of crystal meth is rising in Germany, as students and workers turn to it to cope with stress, according to the country's health ministry.

Researchers from the Hamburg Interdisciplinary Centre for Addiction Research surveyed 400 crystal meth users in the first government-commissioned study of this kind. Beyond "the pleasant effects of the substance," almost half said they used it to escape from stress, and a third of respondents said “school and studies” were behind their use of the drug. The report noted that stressed parents were also at risk of turning to the drug, according to website thelocal.de.

Indigenous tribes are on the defensive in Brazil

Deforestation in Brazil’s Amazon region has been steadily decreasing, but progress has stalled. That's prompted Megaron Ti, a chief of the Kayapo tribe in Brazil, to visit North America to try and raise public awareness about the issue. It's a battle he's been fighting for decades — with some success. He told Living on Earth about his concerns: deforestation, dam construction and calls from local Brazilian politicians to reduce already demarcated indigenous lands. All that while the tribe's own children are becoming more enmeshed with modern society. They're going to school, using the Internet and suddenly being presented with two different ways of life.

Are they really your friends if you have to pay for them?

British Prime Minister David Cameron suffered an embarrassing setback this weekend when it was revealed that his party was paying for people to "like" his Facebook page. The Conservative Party has spent thousands advertising Cameron's page, according to the Guardian newspaper.

It’s the second social media gaffe for Cameron in a week's time. He was mocked last week for tweeting a photograph of himself, apparently on the phone with President Barack Obama, discussing the situation in Ukraine.

Two members of the Russian punk band Pussy Riot, Nadezhda Tolokonnikova and Maria Alyokhina, were eating breakfast at McDonald's when they were attacked last week. PRI's The World has the story of a group of thugs who roughed up the two band members in Nizhny Novgorod, where Alyokhina spent time in prison, and doused them with a staining, green antiseptic. The attack is an example, according to one Russian journalist, of the lawlesslness that's tacitly permitted when it comes to people who don't take the Kremlin party line.

Space is getting mighty crowded with 300,000 pieces of debris left over from old missions and satellites. And in order to reduce the chances of crucial satellites being destroyed in a collision, Australia is proposing to use lasers on Earth to zap the space junk out of the sky.

Speaking to Reuters, Matthew Colless, director of Australian National University's Research School of Astronomy and Astrophysics, said "we're perhaps only a couple of decades away from a catastrophic cascade of collisions ... that takes out all the satellites in low orbit." But Australia's solution is also a ways off — perhaps 10 years. Could the laser miss and bring down a working satellite? Colless says not to worry — the lasers are really precise.

Beautifully produced feature on the story behind Christ the Redeemer http://t.co/aEBnppgkvH pic.twitter.com/noyvM1uMzJ

There were some happy faces in London Sunday. It was the first time the British capital had reached 67 degrees Fahrenheit since Oct. 25, 2013. It may seem odd to be celebrating 67 degrees — not exactly a round number. But, of course, the UK runs on the Celsius system, where 67 is a nice round, and warm, 20 degrees.