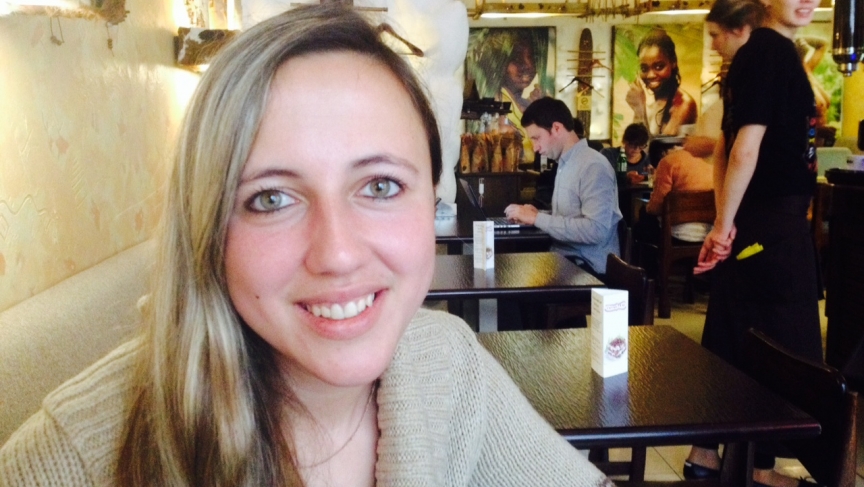 Olesya is an ethnic Russian in Crimea. She says she loves Russia, and thinks of it as a big brother to Ukraine. "But now they are violating my rights," she says.

In Crimea, people woke up this morning to heavy rain and an uncertain future.

At a local market in the regional capital, Simferopol, old ladies were selling vegetables with a side of politics. These women are pleased that the regional parliament has decided Crimea should split with Ukraine and join the Russian Federation.

On March 16, the new pro-Moscow government in Crimea will hold a referendum on whether to endorse the parliamentary resolution. Officials say they are already working on plans to introduce the Russian rouble. Aleksander Furmanchuk, a local political analyst, thinks it's a very good idea.

“I understand the process is painful, but everyone will have to accept it,” Furmanchuk says. “Russia will get Crimea and there will be an investment boom here, our tourist industry will flourish, and new roads will be built.”

That image, though, is far removed from the reality of Crimea today. In the past two days, several news crews and pro-Ukraine activists have been attacked by pro-Moscow volunteer brigades patrolling the streets. Hundreds of Ukrainian soldiers have been locked inside their bases around the peninsula, guarded by Russian troops.

And not all ethnic Russians here support Moscow.

Dimitri Semenov, a local businessman, took me for a spin in the coastal town of Saki, outside Simferopol. He predicts the beaches here will be empty this summer. Semenov is Russian, and he believes Crimeans are making a huge mistake.

“All of our electricity, 70 percent of our gas supplies, our water, it all comes from Ukraine,” Semenov says. “This is a peninsula. Our roads, our railways, are only connected to Ukraine. Russia can't provide Crimea with electricity. How will this be solved? You know why they are rushing the referendum? Because they are afraid that people will start asking these questions.”

“The only news and the only channels I can watch now are propaganda channels,” says Olesya, a young woman I met in a trendy café in the heart of Semfiropol.  Olesya is an ethnic Russian, born in Russia, but she’s not happy about what’s happening.

“Yesterday I cried about the situation. I love Russia, and I always thought Russia was a big brother to Ukraine,” she says, “but now they are violating my rights and my freedom.”

“I am afraid of people being killed. If Crimea is going to be part of Russian federation, I’ll have to move out,” Vadim says. “Two world views have clashed here.”

With views so polarized and tensions so high, there seems to be little room for compromise. As Crimea's new leaders rush into Moscow's embrace, many here fear this standoff may lead to war.