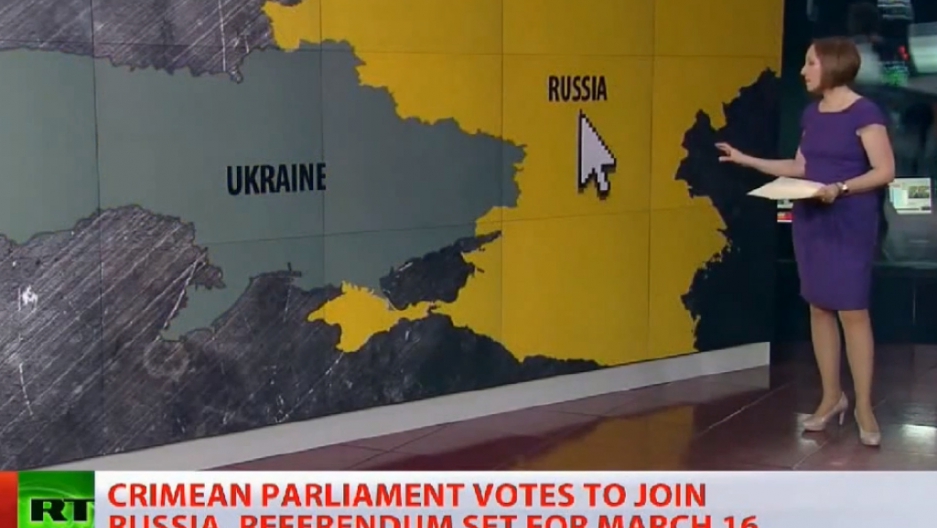 When protesters first set up camp in New York's Zuccotti Park in 2011, launching the Occupy Wall Street movement, only a handful of journalists showed up to report on it. Among them were reporters from RT, the Kremlin-backed English-language satellite channel also known as Russia Today.

A year later, RT had become the most-watched news network on YouTube. The media company had exploded onto the American scene, offering a critical take on American politics and corporate responsibility at just the right time.

Whether Americans knew it or not, however, RT's mission was being driven by the Kremlin. This week that reality became front-page news itself, as the influential news network found itself stumbling over a story in its own backyard.

Here’s what you need to know:

RT is funded by the Russian state

Funded by an annual $33 million from the Russian government, Russia Today first aired in 2005 with a mission to provide what it characterized as a corrective to Western reporting on international affairs.

It was seen as part of President Vladimir Putin’s drive to re-establish Moscow as a global power — fueled by the world’s largest energy reserves — by launching a prestige project that would compete with CNN and BBC World.

RT claims that it is state-funded in the same sense as the UK’s BBC, France 24, Germany’s Deutsche Welle, and the American Corporation for Public Broadcasting.

But the Kremlin line is unmistakable. Although RT left it to pundits to establish that America was becoming a police state during the Occupy movement, its reporters didn’t refrain from mixing similar opinions with the facts.

Nicholas Kristof, columnist for the New York Times, recently said during an interview on CNN, “at the end of the day, RT is a Russian propaganda arm.”

The founders of RT wanted the agency, in part, to shape international perceptions of Russia. Svetlana Mironyuk, director-general of RIA Novosti, the Russia state media organization that first created RT, said of the network, “Unfortunately, at the level of mass consciousness in the West, Russia is associated with three words: communism, snow and poverty. We would like to present a more complete picture of life in our country.”

RT launched an Arabic-language channel, Rusiya Al-Yaum, in 2007, Spanish-language RT-Actualidad in 2009, and RT America in 2010.

During a visit to RT studios in the summer of 2013, President Putin told staff that their job was to “break the monopoly of the Anglo-Saxon mass media.”

RT does not directly criticize or question Vladimir Putin

In 2010, The Independent reported that interviews with several RT journalists revealed that “some coverage of problems in Russia and sensitive issues is allowed” at RT, but that “any direct criticism or questioning of Prime Minister Vladimir Putin or President Dmitry Medvedev is strictly prohibited.”

William Dunbar, RT’s Georgia correspondent, resigned during the South Ossetia War in 2008 after he was forbidden to report on Russian airstrikes against civilians.

RT loves conspiracy theories and loathes the US

The US-based Southern Poverty Law Center, which studies hate groups and extremists, published a report on RT in which it said, “Its slickly packaged stories suggest that a legitmate debate is under way in the United States about who perpetrated the Sept. 11 terrorist attacks, for instance, and about President Obama’s eligibility for high office.”

Der Spiegel described three ingredients that go into the RT formula: “sex appeal, which has been atypical for most news channels; a rigidly anti-American stance; and a never-ending flow of money from the Kremlin.”

Whatever the ingredients, they're working. RT has more than 1.3 million “likes” on Facebook and more than 1 billion views on YouTube.

In 2012, Pew Research found that RT was the most-watched news network on YouTube. Fox News came in second.

Since Russia's invasion of Crimea, which is part of Ukraine, RT has covered the story with a noticeable Russian bias — and has become a story itself.

First, on March 3, when RT anchor Abby Martin spoke out against Russia’s actions in Crimea. “What Russia did is wrong,” she said during an on-air monologue. “Military intervention is never the answer and I will not sit here and apologize or defend military aggression.”

Then, two days later, when Liz Wahl — an anchor based in RT’s Washington, DC bureau — resigned on-air. She said she could not be “part of a network funded by the Russian government and that whitewashes the actions of Putin.”

The picture says it all. For those who don't know: Whether Crimea will end up as part of Russia or Ukraine, or some other solution is found, is still very much undecided.

It considers Steven Seagal an expert voice on Ukraine

Incidentally, he’s friends with Putin and gets paid to promote the Russian firearms industry.