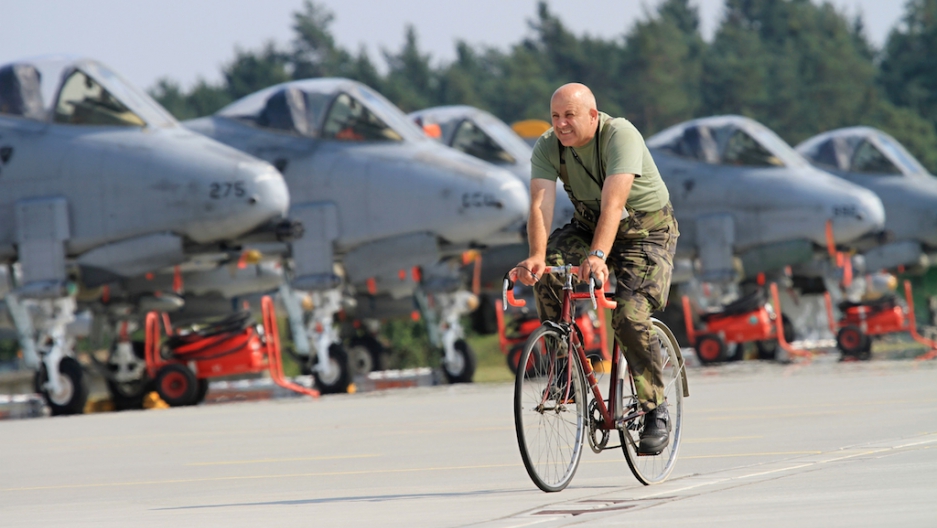 NEW YORK — US Defense Secretary Chuck Hagel has taken his plan to cut billions from the military’s budget on the road. He’s spoken to troops, veterans groups and think tanks about what he considers the need to purge the armed forces once and for all of its Cold War, big weapons mindset, all while integrating vital lessons from Afghanistan and Iraq.

This is no easy task. Already his plans — lopping defense spending from a wartime high of $729 billion to about $496 billion annually — has drawn howls of “betrayal” from supporters of large defense outlays and accusations of timidity from the political left, which points out even at that level US military spending will exceed that of the 10 next largest nations combined.

This is a detailed and byzantine topic. Put simply, Washington has spent the first 14 years of this century fighting counterinsurgency wars that required expanding ground forces and all the logistical nodes that support them. Now Hagel has scripted a budgetary reset to create a US weapons, personnel and technology mix that can deal with the challenges most likely to emerge in the rest of the century. And ideally, all this must be accomplished without completely abandoning the lessons of fighting a counterinsurgency war in Afghanistan and Iraq.

Still, a defense budget is nothing if not a great chest from which to pull things to batter your political enemies, and a number of specious claims are already out there claiming that the new budget will dangerously deplete America's power to fight. Here are five of the least credible.

1. What we’re trying to do is solve our financial problems on the backs of our military

That complaint, by Rep. Howard "Buck" McKeon (R-Calif.), is being echoed by defense hawks in both parties, but it vastly overstates the case. By and large, the budget proposed late last month takes its cue from two things: the bipartisan spending deal signed just before the new year and the military’s own 2010 Quadrennial Defense Review or “QDR,” the plan published every four years to guide policy, spending and other decisions. The figure Congress gave Hagel to work with was $500 million. That’s not his fault.

Viewed through that prism, Hagel’s budget is a masterpiece. No military, no regional commander, no congressional lobbyist gets all he or she wants. But the budget is notable for what it does fund — more purchases of F-35 warplanes, an aggressive expansion of drone acquisitions, cyber capabilities, new Navy ships and a decision against retiring one of its 11 nuclear aircraft carriers.

The cuts fall most sharply on the most expensive thing in any institution’s budget: personnel.

2. Downsizing America’s ground forces will ‘hollow out’ US capabilities

US Marines fire mortar rounds to help their fellow troops involved in a firefight in 2010 in Kajaki, Afghanistan. (Scott Olson/Getty Images)

Politicians in both parties, including then-Senator Barack Obama and Republican Sen. John McCain, embraced complaints put forward in 2003 that the George W. Bush administration had failed to deploy adequate troops to stabilize post-Saddam Hussein Iraq and prevent Afghanistan from sliding back into the Taliban’s grasp. This turned out to be dead right, and the mistake cost thousands of American lives and tens of thousands in Iraq and Afghanistan.

By 2007, the Bush administration had conceded the argument, and both the Army and the Marine Corps grew in size. Today they number 710,000, with the Army’s 520,000 representing the bulk of our ground forces. Hagel’s plan reduces the Army to 440,000 and the Marines to 182,900, which, given changes in unit firepower and maneuverability, is hardly a disaster — it’s a rebalancing to reflect the end of two wars.

3. The Army will be smaller than at any time since before World War II

This canard, widely cited by outlets as diverse as The New York Times and Breitbart, relies on a misunderstanding of what the raw numbers in Army personnel really mean.

This ignores military reality. Technology and tactical and weapons improvements have provided the 4,000-strong Brigade Combat Team — the modern organizational unit of US ground forces — more firepower, capability and portability than the old 10,000-12,000 division. As Saddam’s huge army learned the hard way, size isn’t everything.

Nor does this take into account a complete re-engineering since 9/11 of the Guard and Reserve, which now act to bolster numbers more quickly and competently than at any time in US history. The Army National Guard would also shrink a bit in Hagel's budget, by 5 percent. Currently it stands at about 358,000 troops.

4. We won’t be able to fight a war against China

Chinese People's Liberation Army sailors march by Tiananmen Square during the celebration of the 60th anniversary of the founding of the People's Republic of China on Oct. 1, 2009 in Beijing. (Feng Li/Getty Images)

Let’s think for a second about war against China. Should it come to pass, it would be a tragedy of planetary dimensions. This is rightly on the minds of Pentagon planners, given China’s aggressive behavior in the South China Sea, and a US victory wouldn’t be a foregone conclusion.

Hagel’s budget protects the assets — sea-based anti-missile defense, big deck carriers, satellite and cyber technology — that are most relevant. Whatever the Army’s backers might think, war with China is hardly likely to be settled by American ground troops.

5. This budget ignores the lessons of Iraq and Afghanistan

Actually, it doesn’t. The uniformed military, as former Defense Secretary Robert Gates makes clear in his recently published memoir, has been the main faction resisting an embrace of the counterinsurgency capabilities quickly assembled to fight in Afghanistan and Iraq. Gates won that battle, and in spite of foreswearing such fights after Vietnam, the military now has a new and battle-tested counterinsurgency manual, as well as a commitment to retaining those capabilities when both wars are over.

Hagel’s budget recognizes this by planning to grow Special Operations Forces from 66,000 to 69,500, perhaps the one concession in this age of the “pivot to Asia” that the Middle East will remain a major issue for the US military.

Hagel also continues Gates’ work by trimming programs that look suspiciously like they’re designed to fight a war in the 1980s against the Soviet Union in Europe: the A-10 “Warthog” tank buster, for instance, is being removed from service, saving billions. Drone and cyber capabilities get more money, and mine- and roadside-bomb-resistant vehicles stay in the service while futuristic Army designs for a next-generation Humvee is shelved for future consideration.

By stressing what’s truly special about US ground forces, and retiring weapons of the past, the plan offsets the negative effects of cutting so deeply in the regular Army.