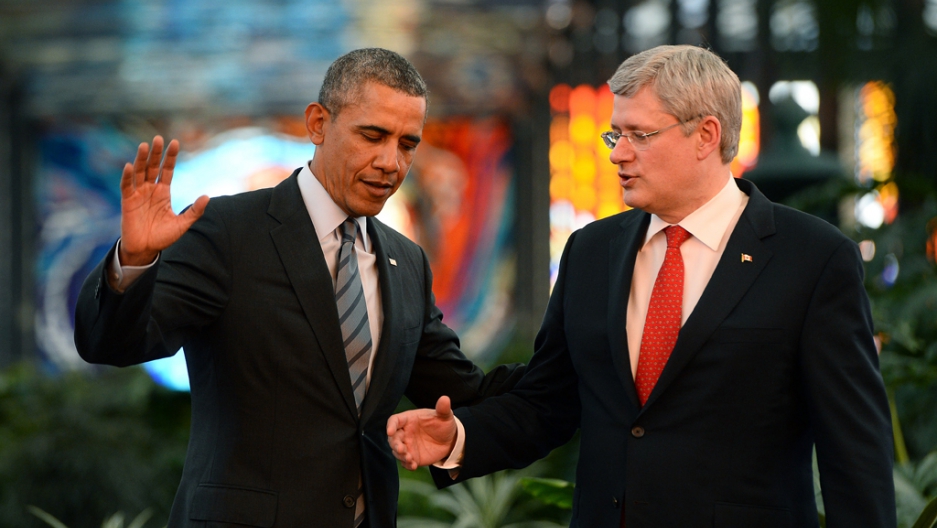 Regardless of what his critics say, President Barack Obama defused one brewing international crisis with impressive speed and care on Friday.

After Canadian Prime Minister Stephen Harper complained he was still waiting for his case of beer for winning a bet, the White House delivered.

Or at least promised to deliver.

“I’m not privy to the details of the international beer delivery, but I can tell you that the president is somebody who makes good on his bets,” White House spokesman Josh Earnest told reporters on Air Force One.

“So I’m confident that Prime Minister Harper and members of his team will soon be enjoying some delicious White House beer.”

The North American leaders bet the beer on the men’s and women’s Olympic hockey tournaments in late February.

Canada beat the United States 1-0 in the men’s semifinal, while the Canadian women mounted an unlikely comeback in a 3-2 overtime victory for the gold.

Harper told a sports talk radio show on Friday that he was still waiting to savor the spoils of victory.

“In fairness to President Obama, he’s lost bets to me before, and he’s always paid up before,” Harper told TSN 1050 in Toronto. “I’m sure he will.”

What kind of beer can Canada expect?

Secretary of State John Kerry, in a bet with his counterpart in Canada, sent a case of commemorative Sam Adams after the Olympics.

The bottles had a special label that read: “Competitors this week, forever neighbours.”

“Neighbours,” of course, is the Canadian spelling.

Canada’s Foreign Minister John Baird was especially excited to get the Olympic revenge after giving Kerry a case last April for a similar wager.

Obama didn’t say what kind of beer he’s sending Harper, but of course the White House has its own home brewery in the kitchen, so he has options.