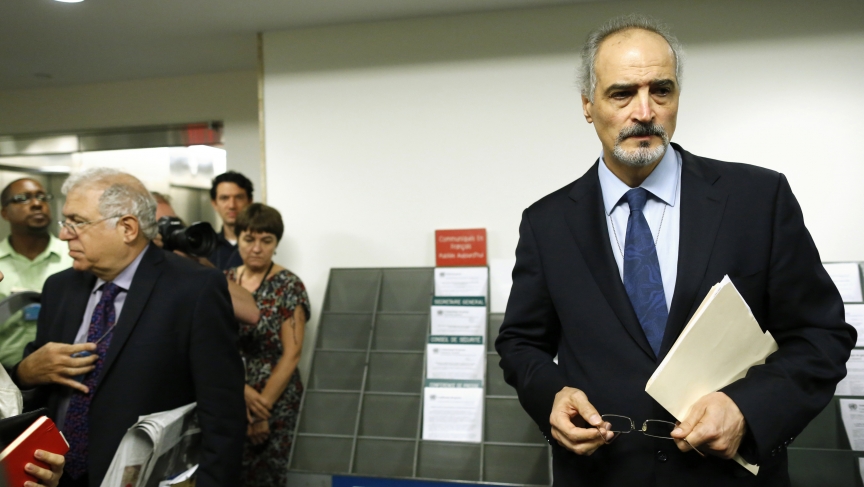 A lot happens within a 25-mile radius of New York City.

And odds are Bashar Ja’afari, the Syrian ambassador to the United Nations, will get to know those things very well in the coming days, weeks and months.

On Wednesday, the State Department delivered a note to Ja’afari and his envoy, requiring them to stay within 25 miles of UN Headquarters in New York. In other words, Brooklyn, Queens and even much of Long Island are totally OK. But Philadelphia? Not a chance.

The Coalition for a Democratic Syria, an organization made up of several Syrian-American groups, had been seeking this restriction for several months. The organization said the ambassador's limits should be restricted because of his frequent trips around the US to “mislead Americans and sow sectarian discord among Syrian-Americans,” Chad Brand, a coalition spokesman, told the Australian Associated Press.

Colum Lynch, who covers the UN in New York for Foreign Policy Magazine, said this isn’t the first time the US has imposed the 25-mile radius rule. “They do it on the Iranians, they’ve done it on the North Korean governments,” he said.

It’s a diplomatic technique that stems from the Cold War. ”I am sure during some periods, they probably had FBI people particularly following the Soviets around, to see if they were kind of getting into trouble or going beyond where they were supposed to go,” he said.

The consequences for stepping out of line can be quite harsh. “If you’re a low-level diplomat, then maybe you get shipped out of the country,” Lynch said. “You’ve got to follow these rules, and if you break the rules and [the State Department] finds out, you get in trouble.”

Exceptions have been made in previous instances, though. During the 1996 Olympics in Atlanta, the North Korean delegation was allowed to travel by bus to watch their athletes compete, for example. “There’s usually some flexibility built into it, but the notion is, you can’t go out to the Hamptons,” Lynch said.

"UN envoy Lakhdar Brahimi blamed Ja'afari for scuttling the talks with the opposition," Lynch said. "Is it retaliation for that? Is it build-up over this long, difficult period that they’ve had in relations with the Syrians. Is it a shot across the back at the Russians? Is it related to Ukraine? I mean, are they sending a message that life is going to be more difficult for you and your allies now that you’re doing this in Ukraine? I think it could be a combination of any of them."