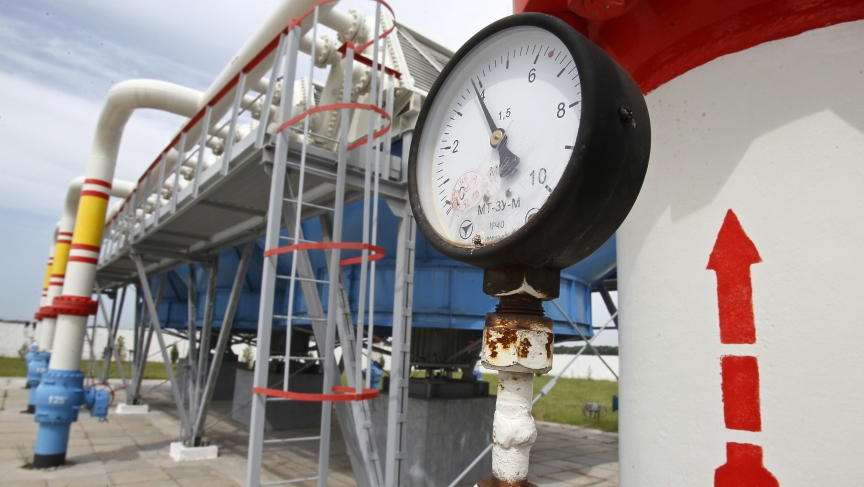 Ukrainians have long relied on a natural gas supply from Russia.

A maze of Soviet-era pipelines passes through Ukraine, bringing natural gas from Russia to Europe. And the crisis in Ukraine is threating that supply chain.

This week, Russia's state-run natural gas company announced it would no longer discount the price of natural gas to Ukraine. So today, US officials announced they're considering using American natural gas to ease Europe's vulnerability, at least in the future.

He says Europe is less vulnerable than it was when similar crises broke out in 2006 and 2009. "Europeans are in a better position, in part because they've instituted liberalization reforms within the EU itself to make the gas market there more liquid.

"Also because of changes in the global natural gas market largely as a result of the shale boom in the United States. [That] just means there is more gas available from a wider variety of sources and so there's a greater degree of flexibility that the EU has," says Mankoff.

US natural gas will likely take a year or more to reach European markets, but in the meantime, the US is helping broker deals between current suppliers around the world and markets where it is needed.

Mankoff, who wrote Russian Foreign Policy: The Return of Great Power Politics, says Europeans can't entirely insulate themselves from the energy crisis posed by the conflict in Ukraine. "There are transition costs and there's a time lag between when any sort of  a contingency plan can be put in place," he says. "So the EU is still going to be concerned."

And, in the short term, natural gas prices in Europe could rise.