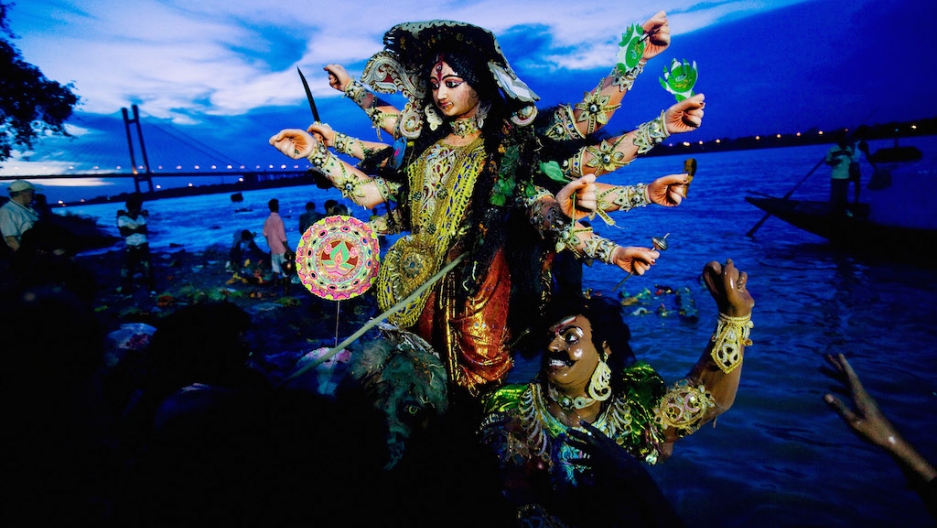 The country that brought us this is now bringing innovation to Silicon Valley.
Credit: Daniel Berehulak
Share

NEW DELHI, India — The economy is (finally) picking up. That means it’s acquisition season in Silicon Valley. As Facebook’s exorbitant $19-billion purchase of WhatsApp illustrates, tech titans are flush, and willing to write fat checks to beat the competition.

Naturally, most of the big purchases focus on the tech heavy hubs of Silicon Valley, New York and Boston. But startups with ties to India are also attracting a lot of attention.

Consider these examples from the past three months:

- In December, Apple bought Topsy, a firm that analyzes Twitter conversations, for $200 million. The company was started in 2007 by New Delhi-born Vipul Ved Prakash and Rishab Aiyer Ghosh with two San Francisco colleagues.

- Facebook picked up Little Eye Labs, for an estimated $10m to $15m in January. The Bangalore-based company builds tools that analyze mobile apps to measure their performance.

- A few weeks later Google announced it had bought Impermium, a cybersecurity company with offices in Bangalore and California which has been taking on spammers and online fraud.

As GlobalPost reported last year, India's tech community is undertaking a serious effort to boost its startup scene, with help from investors, entrepreneurs and multinationals like Microsoft.

And it’s paying off.

“There were 450 tech startups in 2013,” Rajat Tandon, senior director for startups at NASSCOM, India’s tech industry trade body, told GlobalPost. He wants to get thousands of companies up and running over the next ten years with NASSCOM’s 10,000 startups. “We have to continue to build the ecosystem for startups, but it’s certainly already pretty healthy.”

So which companies are next on the shopping list? Well, it’s hard to say, given that the titans aren’t in the habit of tipping their hands. But here are nine that may catch the eye of the big US tech firms:

Marketers often complain that internet advertising fails to engage audiences. Abhishek Chatterjee, based in Pune, Maharashtra, aims to let advertisers target people at the right time by scanning social media platforms like Facebook, Twitter and LinkedIn to find out what they’re talking about. “We feel this is a high potential company,” Tandon said. “They really seem to know what they are doing.”

This mobile app was born from frustration by the owner, Sunil Patro, at trying to find a printer and a fax to sign vital documents while on vacation. “I thought it would be awesome if I could sign and send documents straight from my phone,” he said. Users can insert a picture of their hand-written signature on a document, date it, and send it back. The digital signature company was founded in 2010 in Bangalore and San Francisco. The app has become a popular business download for Android and iOS.

Founder Sanjay Parthasarathy moved back to India after two decades in the US to set up Indix. The former Microsoft exec aims to build the world’s biggest database of products, with more than one billion items. It already tracks more than 200 million online. The idea is for brands and retailers to compare sales figures for both their own products and their competitors', and also for social media and e-commerce sites to have access to up-to-date information about each product. “We’re very excited about this one,” Tandon said. “It’s very ambitious.”

Google Glass is trying to translate the real world into the digital world for its users. Mad Street Den’s founder Anand Chandrasekaran hopes to take the opposite path: making machines more human. The idea is to incorporate artificial intelligence into mobile apps so that they can learn from their users and anticipate commands; to “learn and change with you as they grow older,” Chandrasekaran said.

Cloud computing — where content is stored remotely so it can be accessed from multiple devices — has become increasingly popular. But often people struggle to access their documents because they don’t have the right software to read the files. Bookpad aims to solve that problem by allowing users to read and edit any document online. “It’s an important issue,” said Tandon. “We’re pretty confident they can solve it.”

Developers often struggle to make their software work on the enormous range of devices that run the Android operating system. pCloudy’s three ex-Nokia founders, Jaffer Sadhiq, Bhavesh Bhojani and Anil Adireddi, have designed an application that allows developers to test their software on any Android device through a browser. “They have the product on the market, and they have users,” Tandon said. “They’re proving it can work already.”

This mobile app listens to users’ televisions to recognize the show or movie they are watching, and allows them to get extra content such as news or behind-the-scenes videos. It is used by several Indian TV networks, including Star Plus and Sony TV, and claims more than 10,000 downloads so far.

Bangalore-based Psi Phi Labs is developing Dronna to be a personalized or social search engine where users can find out information from other people around them. The website has the backing of NASSCOM’s 10,000 Startups program and the startup accelerator Kyron.

Supermarkets often claim their prices are the lowest, but Bangalore firm Windsleeve Technologies has developed a mobile app that will let shoppers check for themselves. Users of the Shopera app can create their shopping list and check which shops have the cheapest products on offer. Ganesh Balakrishnan left his job at Honeywell to found the company, and has other apps in the pipeline.