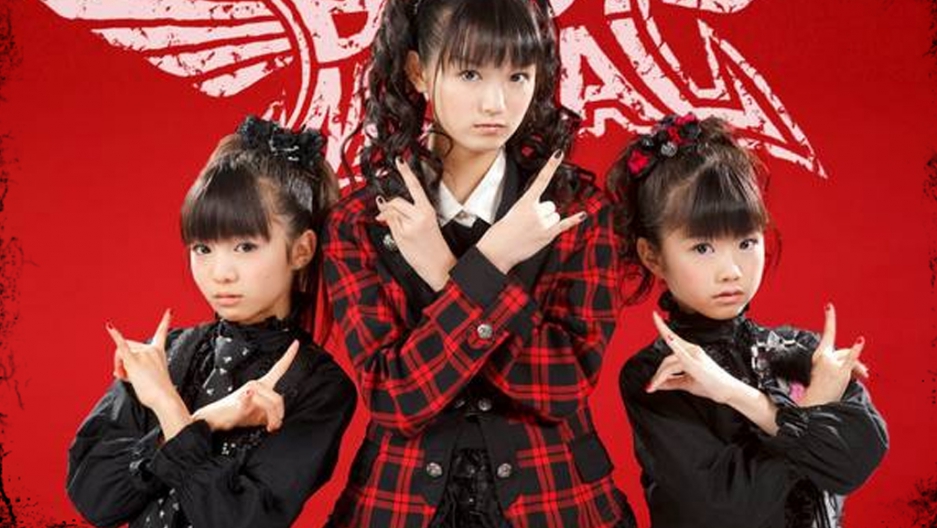 Now why didn't I think of that?

Putting Japanese pop music and heavy metal together. In one song. What's not to like?

Don't answer that yet.

Babymetal has been described as an "adorable apocalypse," and I'll be darned if that's not just what they are. Have a listen:

That song, called "Give Me Chocolate," includes such lyrics as "I can have a bit of chocolate, can’t I? But my weight worries me a bit these days. However, chocolate."

Here's an English translation of all the lyrics.

Their label describes Babymetal's sound as "kawaii metal" — "kawaii" referring to the quality of cuteness within the context of Japanese culture. Reviewers have lauded their "throat-mauling screeches and cuddly choruses" and likened them to manga (Japanese comics) come alive.

Whatever they are, it can be confusing. It's not so much a blend of pop and metal, like they say; it's more one followed by the other and then back again. But somewhere in between you really get into the swing of things and then it's like you're stuck there. You can't get it out of your head.

In 2011, "the world was first baffled and then enthralled" when Babymetal released their first video:

Here's the English translation for that one.

Immediately, questions emerged. Was this a joke? Is it OK to think they're good? What happens next?

Babymetal is not a joke and this is what happened next:

Babymetal released "Megitsune" as part of their full-length album on Feb. 26. Here's the English translation.