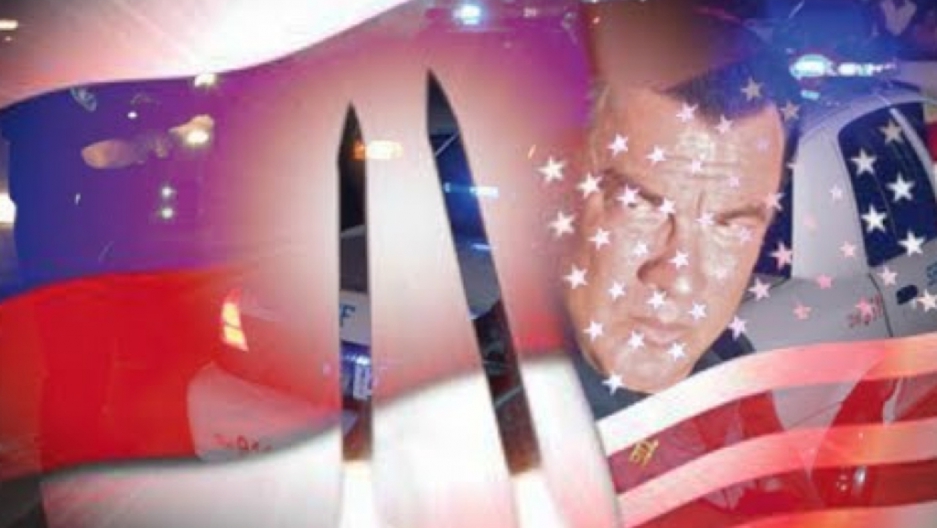 Events in Crimea are spiraling out of control, with Russian or pro-Russian forces holding key government buildings and military bases under siege. So naturally, Russia Today asked Steven Seagal to weigh in on the situation in Ukraine. He begins:

Steven Seagal is of course noted for his work in stopping the attempted terrorist takeover of the USS Missouri. No. No, that was a character he played in a movie. Steven Seagal is famous for his time as an NYPD detective and for the takedown of noted mafioso Richie Madano. No, wait. That was also a movie. Maybe he's famous for his time as an elite fire fighter who fought the corrupt Aegis Oil conglomerate? NOPE. Still a movie.

Wait — did RT just ask some random actor who played tough guys who relentlessly take the law into their own hands to comment on one of the largest games of geopolitical brinkmanship in recent memory?