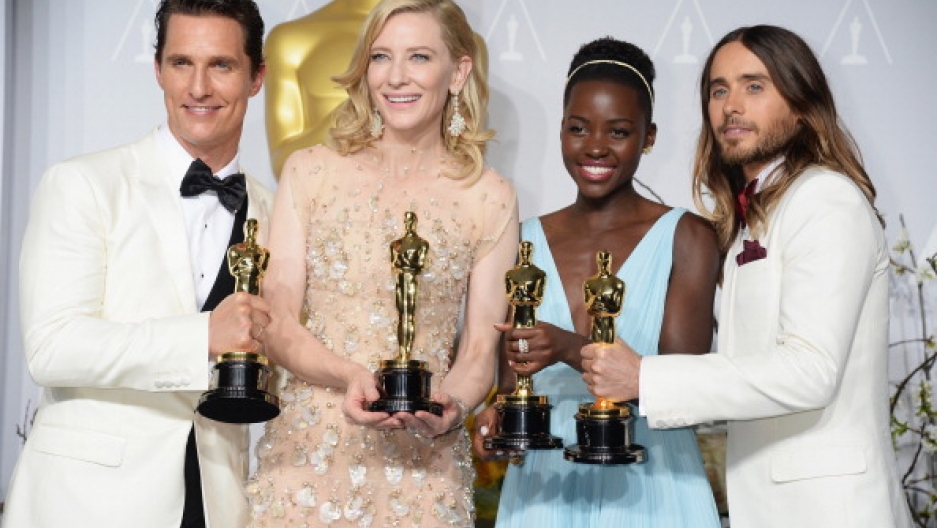 Somehow every year we have amnesia about last year's Oscars show, anticipating that we'll be surprised or at least entertained during the broadcast. The fact that the Golden Globes have recently become a delight to watch --- thanks largely to Amy Poehler and Tina Fey --- and that even the Grammys were amazingly good this year set the bar even higher. Plus the quality and range of movies in 2013 were better than usual.

But we ended up again with wins that were all expected, except Best Picture --- we were betting on Gravity, as it seemed to have all the perfect elements for the top Academy Award: beautiful visuals, action, emotion and uplift. How could it not? All that plus some deplorable musical performances ("Somewhere Over the Rainbow" sung schmaltzier than ever? Standing ovation for bland and boring U2? "Wind Beneath My Wings" in 2014??) made us wish we had watched a movie instead.