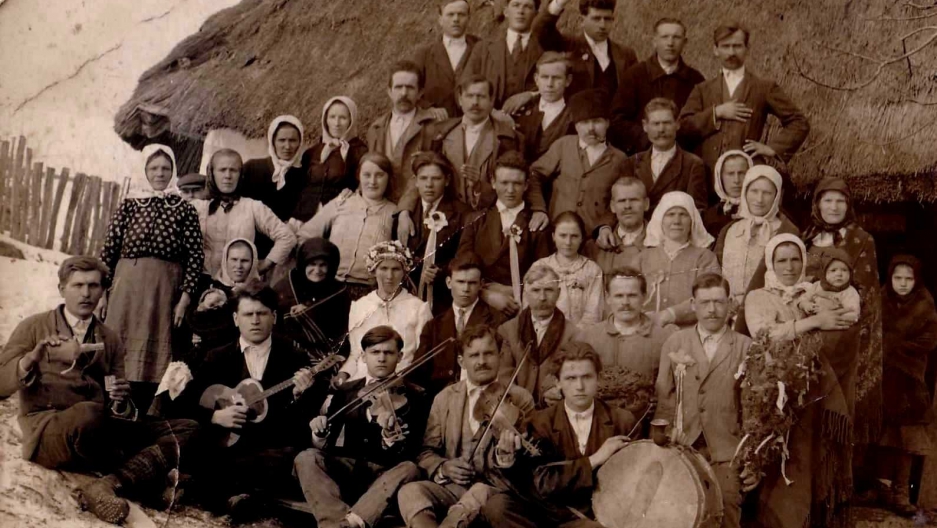 LISBON, Portugal — It’s a quiet day in the store and Pavlo Lehonkov is dozing at the counter among shelves stocked with dill pickles, honey-infused vodka, and sweet sparkling Crimean wine.

When he snaps awake however, Lehonkov is quickly alert to the problems of his distant homeland.

"Ukraine needs help fast," he says in Portuguese thick with Slavic undertones. "The euro zone, America they all talk a lot, but nobody does anything to help."

Lehonkov is one of 45,000 Ukrainians living in Portugal. In this country of 10 million, they are the second-largest immigrant community after the Brazilians.

The Ukrainians in Europe's westernmost country mostly arrived in the 1990s and early 2000s when the post-Soviet economy was tanking back home. Many also settled in Spain and Italy.

That exodus was the latest in a series of mass migrations that mean 20 million Ukrainians live outside the country, according to the Toronto-based Ukrainian World Congress. That compares to 46 million still in Ukraine.

Support from the diaspora could prove crucial if the country is to rebuild after the crisis.

Ukrainians abroad sent home an estimated $9 billion in 2013, according to World Bank estimates. That makes Ukraine the only European nation in the top 10 global recipients of emigrants' remittances.

That hard cash injection — amounting to about 5 percent of GDP — is vital. Ukraine’s central bank set limits Friday on withdrawals as the country struggles to head off the threat of bankruptcy and a run on bank accounts.

During four months of demonstrations that led to the toppling of President Viktor Yanukovych in late February, the diaspora had been providing direct support for the protest movement, raising money and lobbying governments in their host countries.

"All Ukrainians in the diaspora and in Ukraine are in a struggle for freedom, for the values that those of us living in a democratic country hold dear," Irene Mycak, a spokeswoman for the Toronto-based Ukrainian World Congress, said in a telephone interview.

In Portugal, Ukrainians raised over $55,000 for the protesters, says community leader Pavlo Sadokha. He spoke to GlobalPost in early March on the sidelines of a demonstration where several dozen sang, chanted and waved Ukrainian and European Union flags outside the country's Lisbon embassy.

"We've been demonstrating here every Sunday for months, we're trying to get the diplomats to side with the people," Sadokha said. "This is our struggle too. We’re a very young community here and we've all got family in Ukraine, parents, children, friends. Ukraine is still our country."

Sakokha strongly denied claims by embassy staff that he and other protesters are linked to anti-Semitic ultranationalist groups. Ukrainian communities elsewhere have faced similar charges.

“I’ve been working on this organization for years, and my parents worked on it before. There is nothing to do with any Nazis or fascists or any of that stuff. That’s spin from (Russian President Vladimir) Putin and people in Russia to give themselves a reason to march into another country,” says Nadia Prokopiw, of the Canadian Ukrainian Congress.

The overwhelming majority of the 1.2 million Ukrainians in Canada are supportive of the protest movement, Prokopiw says. “I can’t say it’s 100 percent, you are always going to have somebody that's not on board ... but the active majority are absolutely against Yanukovych.”

Canada and the United States have the biggest Ukrainian communities outside the former Soviet Union. Other significant long-standing communities are found in Brazil and Argentina, while more recent migration has put an estimated 300,000 Ukrainians in Italy and 100,000 in Spain.

Canadians of Ukrainian heritage are a powerful political lobby.

Justin Trudeau, leader of the opposition Liberal Party, found that out to his cost after joking that Russia might seek to intervene militarily in Ukraine to make up for its poor showing in the Olympic ice hockey. Trudeau was forced to make multiple apologies to the community after coming under intense criticism for insensitivity.

In North and South America, Ukrainian communities trace their roots back to the 19th century, when the country was divided between the Russian and Austro-Hungarian empires. Those enclaves swelled with successive waves fleeing both world wars and Soviet rule.

The most recent outflow came during the economic chaos that followed independence in 1991.

Western Europe's poorest country, Portugal has historically been an exporter of labor and was caught by surprise by the arrival of so many migrants from Ukraine together with smaller numbers from Russia, Moldova and Romania. Since then, the easterners have generally integrated successfully.

While many are still overqualified for their positions, it’s common these days to find Ukrainians working as doctors, engineers or in other professions.

Lehonkov divides his time between the store selling products from Eastern Europe in a gritty inner-city neighborhood and the gymnasium where he’s become a hero for kids in his adopted city as coach of the Portuguese junior kick-boxing team that won three medals at last year's European championship.

While Brazilian restaurants and African nightclubs are a common sight in Lisbon, the Ukrainian presence is more discreet. There's little visible sign of the easterners beyond a few stores and the occasional appearance of silk-clad folk dance troops performing high-kicking Cossack routines at village fiestas.

In recent years, Portugal has been hard hit by the euro zone economic crisis. Since 2008, the unemployment rate has more than doubled to over 15 percent. Many Ukrainians have left — either to return home or to try their luck in other countries — notably Canada, Britain and Australia.

Most, however, have stayed on.

"Portugal for me is a wonderland. It's sunny. It's got good food, good beaches. It’s got very calm people," says businessman Andriy Zayachkowski who arrived in Lisbon 14 years ago. "I've made a good life here, thank God, but I'm still Ukrainian. One day, if the situation there is better, I'll go back to my country."

A positive scenario for Ukraine would see successful emigrants using their economic and civil society experience to help the country rebuild. There is however a darker prospect, one that would force yet another generation to flee conflict or economic collapse.