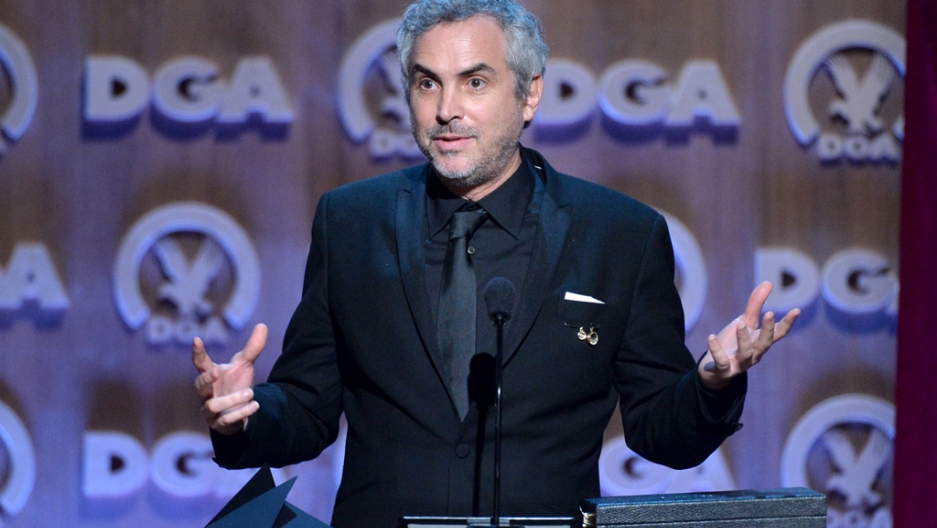 Cuaron told the BBC he didn’t consider “Gravity,” with a screenplay he wrote with his son Jonas, as a science fiction movie, but rather a tale about a woman trapped in space. It stars Sandra Bullock and George Clooney.

Emmanuel Lubezki, 49, also from Mexico City, is nominated for cinematography for "Gravity" as well. Lubezki and Cuaron have known one another since they were teenagers and have collaborated often, including the making of "The Children of Men" and "Y Tu Mama Tambien."

Before “Gravity,” which was released last fall, Cuaron directed such diverse Hollywood films as “The Little Princess,” “Harry Potter, Prisoner of Azkaban” and “The Children of Men.”

He created the sci-fi series “Believe,” which is set to debut on NBC this month.

More from GlobalPost: And the Oscar for Best Foreign Language Film goes to …

Cuaron has romped in other contests so far this year, including the Directors Guild of America, whose winners have gone on to win most of the Best Director Oscar statuettes in all but seven of the past 65 years.

When asked recently about the number of foreigners up for Oscars, Cuaron took the long view.

"This is an industry of immigrants," Cuaron said, speaking in Spanish, according to Agence France-Presse. "In the 30s and 40s and 50s the majority were German, Austrian and Hungarians."

"Among the virtues and defects of Hollywood, this is one of the great virtues," he added.

Less well known are the tenuous Mexican roots of Kenyan actress Lupita Nyong’o, 31, nominated for Best Supporting Actress for her portrayal of a sexually abused slave in “12 Years a Slave.”

Though raised in Kenya and educated in the United States, Nyong’o was born March 1, 1983, in Mexico City, where her democracy activist father had sought political asylum.

The family returned to Kenya shortly after Nyong’o was born. Mexico has a long tradition of giving asylum to political refugees.

After growing up in Nairobi — where her father teachers political science — Nyong'o earned an undergraduate degree at Hampshire College in Amherst, Mass., and a Masters from Yale University’s School of Drama.

More from GlobalPost: The last 10 films to win the Best Foreign Language Oscar are…