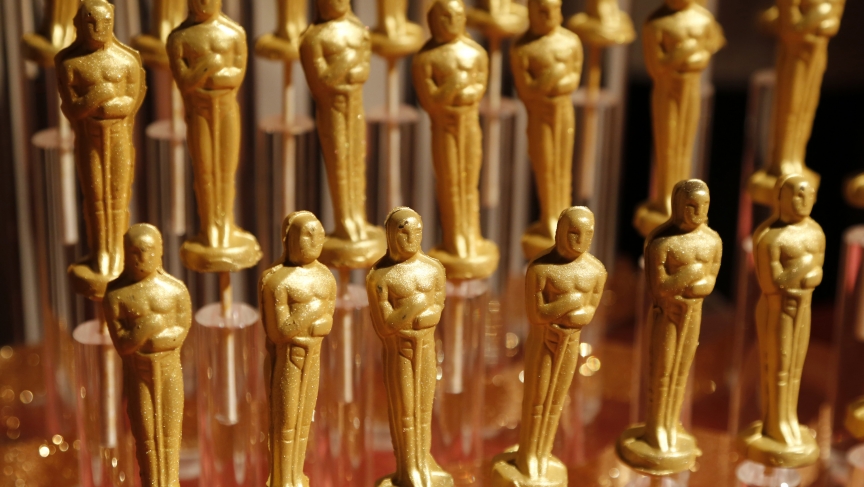 Yep, it's that time of year again. Sunday brings us the 86th Annual Academy Awards in Hollywood, California.

This year, a record 76 countries submitted films to the Academy for consideration as "Best Foreign Language Film."  It’s a strange category, according to Matt Holzman, who produces the screening series First Take for KCRW in Santa Monica, California.

“Movie-making is now an international business, so you might have a movie from Chile with money made from Germany, and it might have a Dutch director,” Holzman explained.

Still, no matter how international movies seem to be these days, the foreign language film category has fairly specific rules. Each country that wishes to submit a film must appoint an Oscar selection committee — analogous in many ways to a country’s Olympic committee — that then selects the film that will be nominated for that country.

However, even though the category is called Best Foreign Language Film, that doesn’t necessarily mean the language spoken in the film is the official language of the country. This year, for example, Australia submitted “The Rocket,” which is in Laotian.

So for those of you who will be sitting at home watching, and perhaps predicting, this year’s winners, here’s a rundown of the foreign language film nominees:

This Danish film is the dark and sad tale of a kindergarten teacher, Lucas, who is falsely accused of sexually abusing his best friend’s daughter. Lucas is played by Danish actor Mads Mikkelsen, who also starred in last year’s foreign language nominated film, The Royal Affair.

This film has been called an homage to Federico Fellini's La Dolce Vita. The plot centers around a Roman Playboy named Jep Gambardella. His life until now has been the center of every party in Rome. And as he celebrates his 65th birthday, he reflects upon that lifestyle.

This documentary chronicles director Rithy Panh’s past. Panh was barely a teenager when the Khmer Rouge came to power in Cambodia. His family was taken from the Cambodian capital Phnom Penh and put into a rural labor camp. The documentary mixes documentary footage and claymation.

This film is about a young Palestinian man named Omar who gets caught in a love triangle and finds himself at the center of a plot to kill an Israeli soldier. He's caught by Israeli authorities, and after some coercion, he agrees to work as an informant for the Israelis.

Didier is the leader of a Belgian bluegrass band. He falls in love with Elise, an edgy singer who also runs a tattoo parlor. They have a daughter who tragically comes down with cancer at age 6.