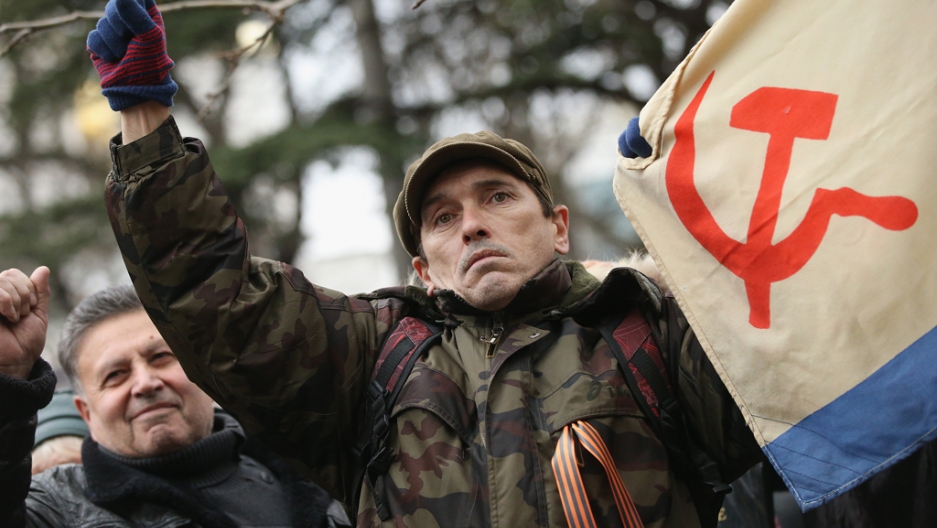 A vital piece of land on the Black Sea that's been claimed by some of the world's great empires, Crimea is no stranger to conflict.

The peninsula has been sacked by Huns, Greeks, Turks and Mongols. It was part of the Mongol Empire under Genghis Khan and later the Ottoman Empire before it was absorbed by the Russian Empire under Catherine the Great in 1783.

Perhaps its bloodiest chapter came between 1853 and 1856 during the Crimean War.

An estimated 750,000 people died as Russia fought the Ottoman Empire in a conflict that also involved France, Britain and Sardinia.

The war gave us two cultural tropes: Florence Nightingale ushering sick soldiers to safety and the Charge of the Light Brigade that ended in disaster for British troops cut down in one of military history’s greatest blunders.

The poem “Charge of the Light Brigade” by Tennyson immortalized the episode this way: “Theirs not to reason why; theirs but to do and die.”

Under Soviet rule, Crimea belonged to the Russian republic, one of 15 Soviet republics, until Nikita Khrushchev transferred it to the Ukrainian republic in 1954.

After the collapse of the Soviet Union in 1991, Crimea flirted with independence, but that movement was quashed by lawmakers.

This week, tensions flared after months of protest finally ended with the ouster of Ukrainian President Viktor Yanukovych last weekend.

Russian loyalists stormed the Crimean parliament and another government building on Thursday. Heavily armed, they raised the Russian flag in the Crimean capital of Simferopol.

Although Moscow denies direct involvement, Reuters reported Russian aircraft flew into Ukrainian airspace and that Russian troops controlled at least one of the airports.

“Of course they are Russian,” said Maxim Lovinetsky, a 23-year-old volunteer militiaman who was blocking access to the airport. “They came last night.”

More from GlobalPost: In Ukraine the fight continues, and not just in Crimea (VIDEO)

About 2 million people live in Crimea, which is split between Russians in the south, Muslim Tatars in the center and Ukrainians in the north.

Ethnic Russians are the majority in Crimea, making up nearly 60 percent of the population. Together, Ukrainians and Tatars form just under 40 percent.

In the face of crisis, Tatars and Ukrainians appear united against the Russians, likely stemming from old wounds. Soviet dictator Joseph Stalin scattered the entire Crimean Tatar population, some 200,000, in 1944 to various parts of the USSR for allegedly conspiring with Nazi Germany.

Nearly half of them died during the exile.

On the world map, Crimea appears almost an island, but it’s actually a peninsula connected by a thin tissue of land extending to Ukraine in the north.

Another arm reaches almost to Russia to the east, but is interrupted by the Strait of Kerch and the Sea of Azov.

Crimea extends deep into the Black Sea and provides easy access to European nations such as Romania and Bulgaria, as well as Turkey.

Some experts suggest Russian President Vladimir Putin wants Crimea back under his control. However, others say Putin risks international isolation and an expensive conflict if he intervenes in Crimea.

“Crimea in Ukraine and Transnistria in Moldova are just two of many possible future Russian targets,” Monica Duffy Toft writes for Foreign Policy. “But building an empire is an expensive undertaking. Russia’s appetite for expansion might only weaken it further.”