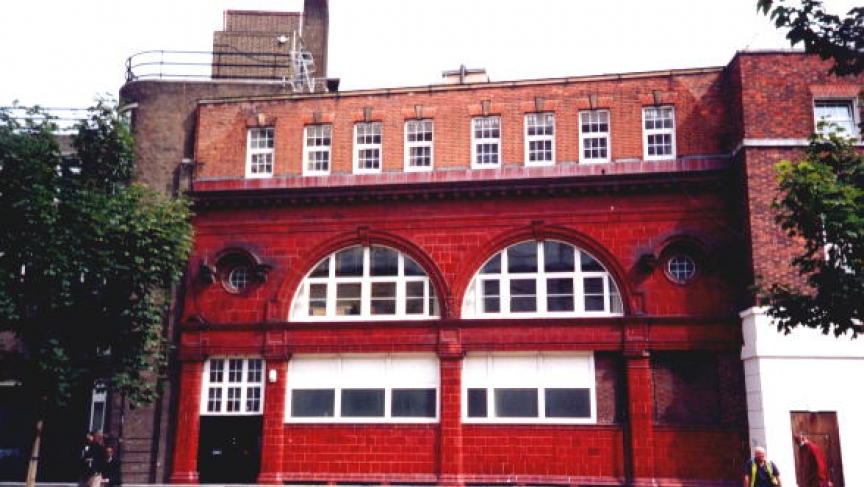 Ever fantasized about owning your own London tube station?

One that was used as a command center during World War II has just sold for £53 million — about $89 million. Brompton Road station, near the famous Harrods department store, was put up for sale by the Ministry of Defense last September.

Originally part of the Piccadilly Line, the station dates from 1906 — but no trains have passed through it since 1934, the BBC reports. During the Blitz, Brompton Road was used to control anti-aircraft weapons, to protect London from air raids by the German Luftwaffe. The money from the sale will go back into the defense budget — and the building will be converted into residential units with an interesting past.

Venezuela is currently experiencing its biggest and most violent public protests in years. Demonstrators are fed up with food shortages, crime and rising prices — and so far at least 17 people have been killed. President Nicolas Maduro is trying to suppress the protests, so activists have to find creative ways to communicate and get information out to the wider world.

That's where mobile applications like Zello and WhatsApp come in. Crucially, both allow users to hide their identity and their location. Many Venezuelans are using them to send photographs of the violence to relatives abroad, but also to talk to neighbors. But recently the Venezuelan government has started to crack down on the use of these apps — as Monica Campbell reports for PRI's The World.

Scotland opens its doors to gay people from Uganda

Scotland will offer asylum to gay people from Uganda who fear they are in danger, following President Yoweri Museveni's decision to pass a draconian anti-gay bill earlier this week. The new law imposes a maximum penalty of life in prison for people convicted of having repeated gay sex or being in a same-sex marriage.

The law now applies to women for the first time and also prohibits "promoting" homosexuality. Humza Yousaf, the Scottish minister For external affairs, has written to British Foreign Secretary William Hague to announce the Scottish decision, according to the Herald Scotland website. High-ranking members of the Ugandan Government are due to visit Glasgow later this year.

Russians? And Pirates? And the Cold War? Must be Brighton Beach

Russian speakers in New York nostalgic for a glimpse of home have a secret haunt — a Russian pirate-themed restaurant in Brighton Beach, popular with Russian-speaking immigrants. It’s a favorite of regular contributor Alina Simone, who was born in a Russian-speaking part of Ukraine. What does she love about it? The comfort food, women wearing leopard print unironically and really bad vodka in Kalashnikov-shaped bottles. She put together a tour of the place for PRI’s The World, so we can all experience some of the delights of Cold War style dining.

Many people like to propose to their significant others in a memorable and unique way. But one Reddit user decided to give himself a challenge — see how many selfies he could take holding the engagement ring, before proposing to his would-be finance — without her realizing what was going on. The results have been collected in this story from Metro in Britain.

Another sign the Olympics are over: Canadians are arguing over languages again: http://t.co/eC8sZ29RKF

The world-famous Alaskan Iditarod sled dog race is about to get underway, if it can. It's been unseasonably warm in Alaska — something many in the lower 48 can't relate to at all this winter — and snow cover is hard to come by. The race, which traditionally runs from Willow to Nome, was possibly going to start in Fairbanks, some 300 miles north, because of the lack of snow. A construction company stepped in and saved the course, but mushers will face unusual conditions throughout their run, according to AccuWeather. 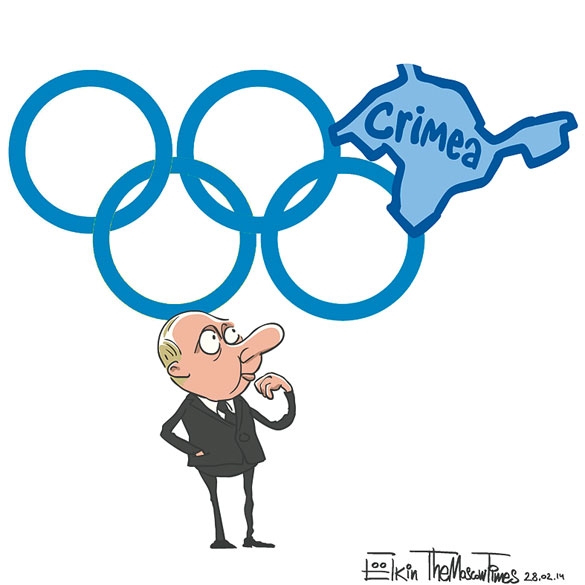 That gnarly fifth Olympic ring doing its own thing again.