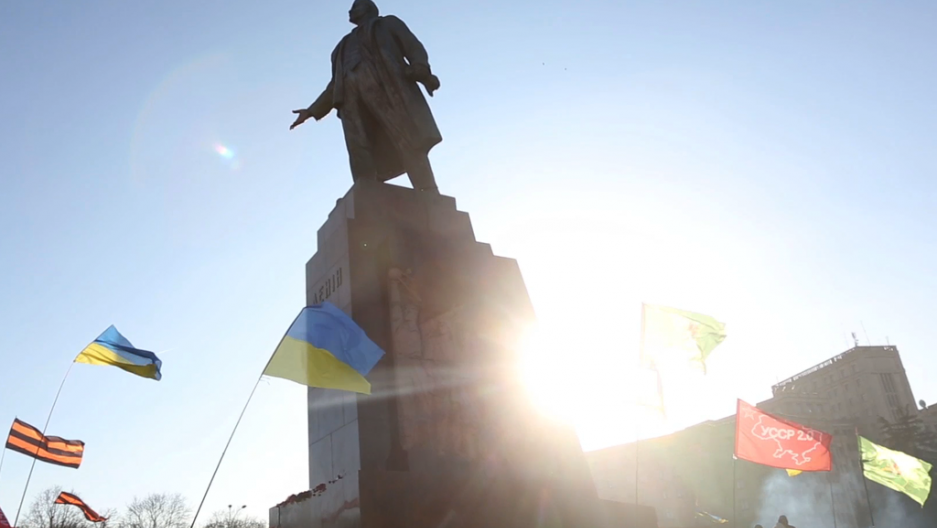 But when it comes to a country divided, Crimea is hardly alone.

Since anti-government protesters took to the streets three months ago, dozens of monuments to Soviet leader Vladimir Lenin have been pulled down across the Ukraine.

To protesters, it’s out with the old and in with the new. But for many Ukranians, the statue is a reminder of their brotherly past with the Soviet Union.

In the eastern city of Kharkiv this week, just 25 miles from the Russian border, that divide is growing.