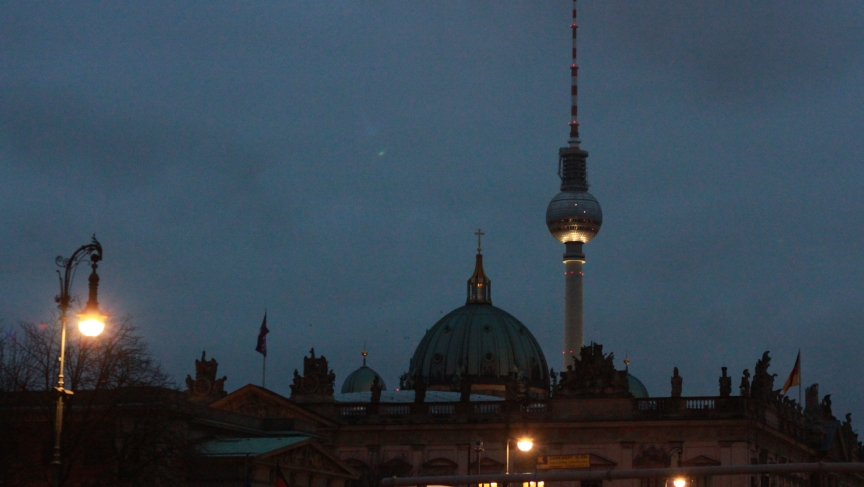 In a twist of historical fate, Berlin has become the New Zion. An estimated 20,000 Israelis have left the Jewish state to live in the capital of the former Nazi regime.

That number may be about to grow. German Chancellor Angela Merkel and almost all of her government ministers are in Israel this week to advance bilateral relations, and the two countries are reportedly set to sign a pact to offer Israelis between the ages of 18 and 30 yearlong work visas in Germany, and vice-versa for Germans in Israel.

The Israeli exodus to Berlin has upset Israeli Finance Minister Yair Lapid, whose grandfather was killed in a Nazi concentration camp. "Forgive me if I’m a bit impatient with people who are willing to throw the only state the Jews have into the garbage because it’s easier to live in Berlin,” Lapid posted on his Facebook page a few months ago.

What does Berlin have that Tel Aviv doesn't? A cheaper cost of living, more cultural and artistic opportunities, the allure of a European city.

And many disco balls.

Berlin's love affair with the glimmering globe stretches back nearly nine decades. The earliest recorded depictions of the disco ball is a scene in the 1927 silent film, "Berlin: Symphony of a Great City."

As I discovered on a recent visit, they're everywhere in Berlin, decorating cafes, hanging from trees, even adorning the entrance to a symphony orchestra concert hall.

Take one look at the symbol of the city, the Fernsehturm television tower, and tell me it's not an enormous homage to the kitschy nightclub fixture.