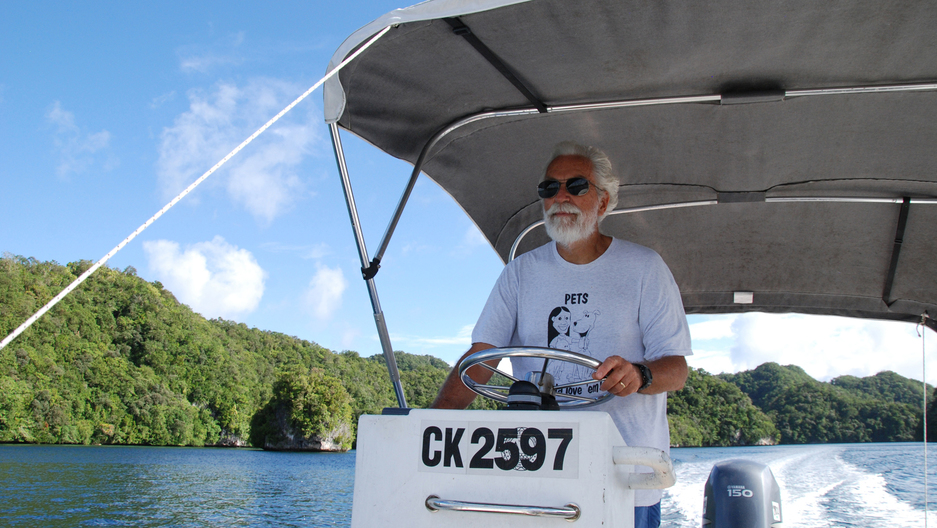 Pat Colin, a marine scientist at the Coral Reef Research Foundation, explores the waters off of the Pacific island nation of Palau for organisms to send to the National Cancer Institute in the US.

You need chemicals to fight cancer, and chemists have spent decades working on molecules they hope will fight everything from breast cancer to prostate cancer. But all the chemists in the world are no match for Mother Nature.

David Newman, who heads the Natural Products branch at the National Cancer Institute (NCI) in Frederick, Maryland, says Mother Nature “has been doing her chemistry for three billion years," while chemists have been at work for less than 300.

Newman himself has spent the last three decades “persuading molecules to come out from strange sources" — sources like tropical plants from Madagascar, marine sponges from the Indo-Pacific, and even microbes.

The reason for all his “persuasion” is that most organisms use chemistry to defend themselves against all kinds of threats, from the sun’s radiation to parasites.

NCI contract researcher Matthew Harris says the result is “molecules that we couldn’t have dreamed of.” And Harris says it’s often faster and easier to harvest these compounds from nature’s chemical treasure chest, rather than create complex cancer-fighting molecules from scratch.

Marine scientist Pat Colin probes the corners of that treasure chest all across the tropical Pacific. He runs the Coral Reef Research Foundation, an outfit hired by the NCI to gather marine samples. Over the past two decades, his team has collected thousands of specimens of things like soft corals, sea squirts, and marine worms, including 2,500 from the waters of Palau.

Colin positions his small boat and drops anchor near a rock island in Palau, a tiny archipelago in the far western Pacific where his organization runs a collecting operation.

Looking down into the clear blue water, Colin says he and his colleagues want to sample every species possible for drug discovery.

“We go wherever the human body can go,” Colin says.

He’s taken his own body diving 500 feet down into the sea, wedged himself into narrow crevices, and grabbed a sponge that made him itch for a week. He and his team sample, literally, everything they can get their hands on.

“Maybe the one you missed is the one that’s got the magic compound that’s gonna be an anti-cancer drug,” he says.

From the water, the samples are brought back to a local lab for preparation and shipment to the US.

But that’s not necessarily the end of the story for Palau. If the NCI eventually identifies a promising molecule, a deal to develop a drug could bring Palau or another “host country” benefits. And, Colin says, knowing that their natural areas might harbor useful products can give countries an incentive to conserve them.

In some cases, he says, the hunt itself provides an important benefit by exploring and cataloging habitats that had never been cataloged before.

Palauan Emilio Basilius, who works for the foundation, says he’s happy to be part of that effort. He tells people his job involves looking for medicine in the water, and that it’s “opened my eyes to diversity of things in the water” in his country.

Among the creatures pulled from the waters of Palau was a large sponge, which was frozen in the Coral Reef Research Foundation’s lab and shipped across the Pacific to the NCI lab back in Maryland. There it’s unpacked, broken apart with a chisel, and fed into a meat grinder, which pulverizes the chunks into what feels like pastry crumbs.

Natural Products director David Newman says the powder will be processed and exposed to 60 different tumor cell lines. If researchers spot any promising anti-cancer activity, the NCI will patent the compound and license it to a private company, which will then have a year to reach an agreement with the host country.

Still, even with that vast treasure chest of natural compounds, researchers say finding something promising is rare. In 30 years of collecting, the hit rate has been less than one in ten thousand. But they say it’s worth all that effort to find things like taxol and camptothecin, two cancer drugs that came from trees.

Newman says, these days, the most promising organisms for potential anti-cancer molecules are sponges and a group of colorful mollusks called nudibranchs.

But exploring the rest of nature’s chemical treasure chest will have to wait. Money for the project has gotten scarcer, so collecting from places like Palau is being put on hold.

Still, researcher Matthew Harris says the task of working up the samples in the lab is likely to continue for decades.

“The job’s never gonna be done,” Harris says. “The goal is to make a representation of all of nature that can be available to be looked at for whatever investigation is going on.”

Those investigations will ultimately go beyond cancer to a host of other diseases. One day, this frozen collection of pulverized organisms from the other side of the planet might just contain a chemical that saves someone’s life.

Ari's story was supported by a grant from the Solutions Journalism Network, an organization dedicated to reporting about responses to social problems.