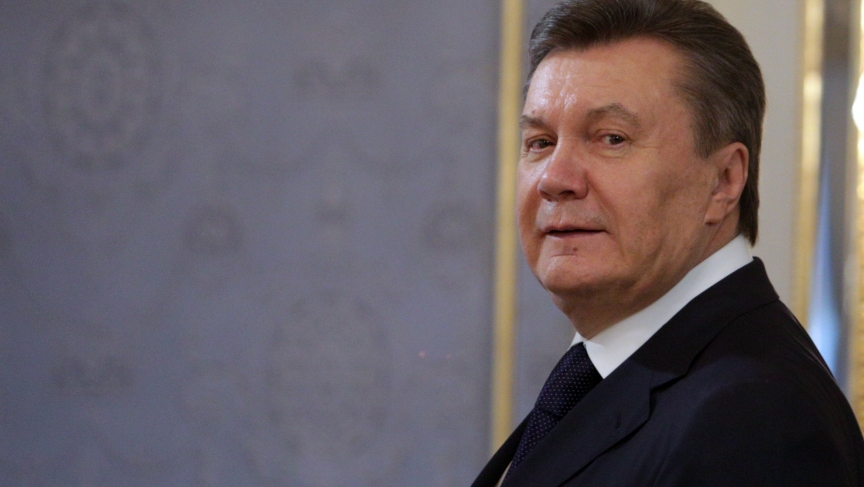 Ukraine's President Viktor Yanukovych has left Kiev. He's now wanted for the "mass murder" of protesters. He is thought to be somewhere on the Crimean peninsula.

The search for the ousted president of Ukraine, Viktor Yanukovych, feels like a bizarre version of the old computer game, “Where in the World is Carmen Sandiego?” There are reports of him appearing, and then disappearing, in various cities across the vast country. Yanukovych’s last reported spotting was in a region with a distinct geography, history and culture.

It’s called Crimea. And it is a peninsula that juts into the Black Sea.

Time Magazine’s Simon Shuster just spent two days in the area. He suggests five reasons why it makes a great hiding place for the Ukrainian leader who insisted on keeping close ties with Moscow:

1. The Port City of Sevastopol is home to the Russian Black Sea Naval Fleet. Ukraine threatened to boot the Russians in 2009, but when Yanukovych was reelected in 2010, he negotiated an extension to the lease in exchange for Russian natural gas. Under the agreement, the Russian base will continue to operate until at least 2042. Shuster says about 25,000 troops call the base home, adding that a majority of the town has ties to those troops. Sevastopol's new mayor is also a grandson of Soviet Vice Admiral of the Black Sea Fleet Vasily Chaly. So those ties run deep.

2. The majority of the people are ethnic Russians. In 1954, Soviet leader Nikita Khrushchev gave the peninsula to Ukraine. It was mostly a symbolic gesture, as it was still under the control of the Soviet Union. But when that union broke apart in 1991, Crimea became part of the new independent Ukraine, even though some 60 percent of the population consider themselves ethnic Russian. “So the loyalty to Moscow is often greater among the population than it is to Kiev,” Shuster says.

3. The protests never got a foothold in the area. It is hard to sell an anti-Russian protest movement to a place with such dominant ethnic ties to Russia. Shuster says the citizens really don’t like the idea of Ukrainian nationalists coming to power in Kiev. They are worried about being banned from teaching Russian in schools, and the new government installing laws that pull the peninsula closer to Europe and the West.

4. The riot police were hailed as heroes there. In an article for Time, Shuster tells the story of a bus full of Interior Ministry guards and Berkut riot troops returning to Sevastopol after fighting the protesters in Kiev. "As they pulled onto the square, the crowd surged forward and surrounded them, carrying red carnations, pushing boxes of cookies and cakes toward them, holding babies in the air and cheering," he writes.

5. Russia may decide to "protect" Crimea's Russians. Chances are slim the superpower will intervene in the area, but if it wants to, it can claim to be protecting Russian citizens. Shuster says the Kremlin used such reasoning to intervene in the country of Georgia in 2008. And almost on cue, Russian Prime Minister Dmitri A. Medvedev released a statement today saying the protests and upheaval in Kiev are “a real threat to our interests and to our citizens’ lives and health.” So if it comes to the point of acting, Moscow may act.