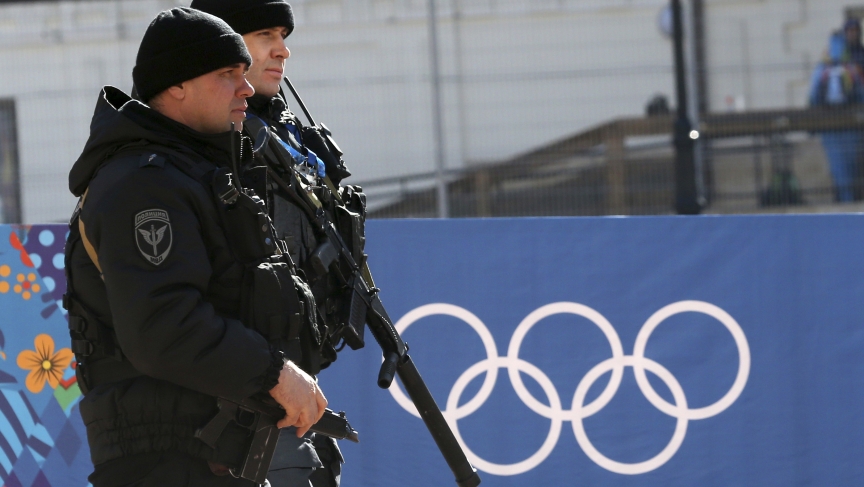 The buzz in the run-up to the Winter Olympic Games in Sochi was around security. "I'd say it was an obsession of the world," says reporter David Filipov.

Filipov has been in Sochi these past few weeks reporting on security for the Boston Globe. Now that the games are winding down, with closing ceremonies on Sunday, Filipov says experiences have been mainly positive inside what has been dubbed the Olympic "ring of steel."

“Inside of the ring of steel, there’s been a lot of zeppelins; you got a lot of ships in the water; you got 100,000 security troops; you got all these checkpoints. Inside the bubble, it’s gone really well. And what is striking is that, despite the warnings, nobody has, so far, done anything outside the bubble,” Filipov says.

And while security was the buzzword before the games, it may not be the takeaway afterward. The question now has become, what’s next for Sochi? How will the small, remote resort town fare once the Olympic spotlight and wallet goes away?

“What was always wrong about Sochi is still wrong,” Filipov suggests. And that's its location. The Olympic venues were built below sea level, he says.

“What is protecting the land from the sea is a thin barrier of rocks and stones that used to be deposited by rivers, but have been clogged by constructions,” Filipov adds.

And if erosion continues, according to Filipov, there’s danger that just one or two strong storms would be enough to flood the entire Olympic area.

“When they built these heavy buildings on a swamp, it was all done in a hurry. That was all because Putin’s order was to get this thing going, show Russia’s great ability to put this thing together,” he explains.

And not only did Russian President Vladimir Putin build these very expensive Olympic venues on a swamp, it's a swamp in the middle of nowhere.

“The big plans they have for the venues that they’ve built all may be well and good. But the question is, can one Formula One race and one World Cup and a couple of conventions turn this thing into such a big draw that it will justify all the money that’s been spent on it?” Filipov asks.