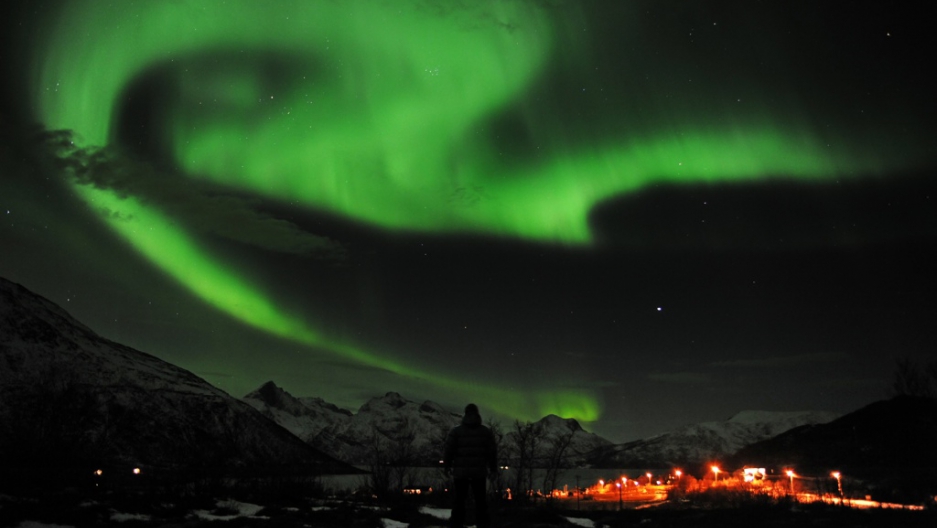 An Aurora borealis is pictured near the city of Tromsoe, northern Norway, late on Jan. 24, 2012.
Credit: RUNE STOLTZ BERTINUSSEN
Share

Let's start with the most in-your-face: Aurora Borealis. Norway's fjords. That mouthful of a volcano, Iceland's Eyjafjallajökull. Nordic countries are the place to go for a jaw-dropping experience of the sublime.

Sweden, Norway, Finland, Denmark and Iceland all have high levels of female representation in their parliaments. The regional average of the Nordic countries is 40 percent. To put that in perspective, the next highest is the Americas with 25 percent.

How did the Nordic countries come so far? Researchers point to secularization, the strength of social democratic parties and the development of an extended welfare state, women's entrance into the labor market in large numbers in the 1960s, the educational boom in the 1960s and the electoral system.

4. Not so much corruption

Denmark is tied for first in Transparency International's corruption index (first is good), and the rest of the Nordic countries aren't far behind. Finland and Sweden are tied for third, and Norway is tied for fifth. Iceland is tied for 12th, but that's still way better than the United States at 19th.

5. Daddies get parental leave, too

In Finland, women are entitled to four months leave starting from, at the latest, one month before the birth. Men are entitled to 54 days leave and six months can be divided between the parents. And in Sweden, parents have a total of 480 days with a minimum of 60 days for each parent. Parents can use the leave until their child turns 8.

In Finland (putting aside the "Finland isn't part of Scandinavia" debate), expectant mothers are given a box for their baby to sleep in that is filled with some essentials. Sort of like everything your baby needs to survive.

"It's a tradition that dates back to the 1930s and it's designed to give all children in Finland, no matter what background they're from, an equal start in life," according to the BBC.

What's in the box? Diapers and onesies, a sleeping bag, outdoor gear, bathing products, bedding and a small mattress.

Since it was reformed 40 years ago, and until last year, Finland's education system was frequently held up as one of the best in the world. In 2012, Finland topped a Pearson index that graded countries based on international test results and data such as graduation rates between 2006 and 2010.

In Sweden, a Stockholm preschool decided to avoid using gender pronouns as well as abstaining from teaching male/female stereotypes in its curriculum. Girls are encouraged to play with Legos as much as boys are, and everyone gets to play with dolls.

8. Journalists rarely wind up in jail

All five Nordic countries are among Reporters Without Borders top 10 countries in terms of press freedom. According to their 2013 report: "The models of respect for media freedom are in northern Europe. Finland, Norway and Netherlands have led the index for years. Their success rests on solid constitutional and legal foundations, which in turn are based on a real culture of individual freedoms." Nice.

The law gave homosexual couples most of the rights of married heterosexuals, but not the right to adopt or obtain joint custody of a child.

Krista Siegfrids kissing one of her female dancers at Eurovision 2013. (John MacDougall/AFP/Getty Images)

Nordic countries have always put on a strong show at Eurovision — the international song competition that's been running since 1956 — as hosts and competitors. Sweden hosted in 2013, a year that became famous for Finland’s Krista Siegfrids kissing one of her female dancers live on stage in front of 60 million viewers.

Denmark is hosting Eurovision this year. They will be celebrating the 25th anniversary of their first ever gay marriage by hosting a series of mass weddings. As Gay Star News reports: "Leading up to the grand final in May, the city of Copenhagen will be offering foreign gay and straight couples to marry."

This map shows metal fans per capita around the world. You'll see that Sweden and Finland have a fairly massive lead over everyone else. Norway, Iceland and Denmark each outshine the US and the UK by a considerable margin. Why is it so? Who knows. Some have suggested it has to do with long, depressing winters. Others say music preferences have to do with personality (metal being linked to aggressive, rebellious types). Others blame Lordi, from Finland, the first metal band to win Eurovision in 2006.

Denmark and Norway are No. 1 and 2, respectively. Sweden is No. 5 and Finland is No. 7. Iceland ensures all Nordic countries made it into the Top 10 of the World Happiness Report 2013, by coming in at No. 9. The index takes into account such things as life expectancy, freedom to make life choices and social support.

OK, but reindeer do.

17. They're religious about recycling.

Scandinavians love to recycle. Seriously. Recycling has become such an obsession in Sweden, for instance, that even The Daily Show poked fun at it (starting at 4:00 minute mark).

Sweden's waste recycling progam is so successful that they've been importing — yes, importing — about 800,000 tons of trash a year from the rest of Europe.

18. No permits no problems. Norway calls it "allemannsrett." Sweden, Iceland, and Norway have variations of it too. The concept is that the public has a legal right to roam any "uncultivated" land even if it's commercially owned (though specific rules vary by country).

You can hike through forests, camp in the mountains, and pick wildflowers, as long as you are doing it responsibly.