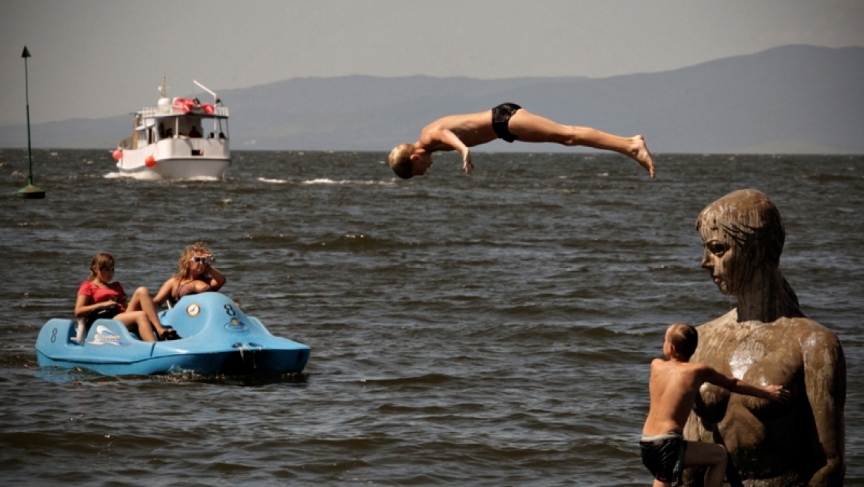 First, there was the Chelyabinsk meteor, which rained down on our screens courtesy of the Russian fetish for dashboard cams. Then there was the summer debut of NBC’s “Siberia,” a thriller about a reality show set in the remote territory of the Tunguska River. The 16 contestants quickly found themselves at the mercy of the elements, stalked by paranormal forces. Cue the shaky cam.

The show plays off Siberia’s entrenched history as a spooky place where bad things happen to good people — and it continues to have something of a PR problem. For the six years I worked on and off in Siberia, I could never tell my American friends where I was going without hearing five minutes of jokes about gulags and ice.

My friend Sarah Lindemann-Komarova moved from New York City to Novosibirsk in Siberia in 1991 for a four-month teaching job and ended up going native. When people meet her for the first time, they often think she’s using the word Siberia as a metaphor.

She recounted a typical conversation: “And he said, Okay so where do you actually live, and I said, I live in Siberia, and he said, Really? Because he thought I meant Iowa or something. He assumed that I was referring to the Midwest.”

Novosibirsk is Russia’s third largest city and it’s a cosmopolitan place. The airport there had great coffee before most of Russia. And in January the mayor approved the first plaque to honor a female Russian punk singer in Russia. Not a member of Pussy Riot — but Yanka Dyagileva, a cult hero who died in 1991.

“I mean it was sort of amazing when I started to really think about the things that people don’t know about what happened in Siberia,” Sarah told me. “They think it’s prisons and bears, but the first particle accelerator was here, Perestroika was born here, Russia’s modern environmental movement started here — not only did it start here but this was where there was success.”

So why has Siberia become an incubator for so much innovation?

“I think partly because the people here are used to coping with a lot of things and facing constraints that force you to be creative and think of new things,” Sarah said. “’re more on the edge, and that’s what makes it exciting and interesting to place to be because it’s a more honest place I think.”

As for the weather — here’s a bombshell: Siberia isn’t really that cold. At least in the south where 90 percent of Siberians live. The average annual temperature in Novosibirsk is only a few degrees colder than parts of Maine, Minnesota and Colorado. And a lot of people who live there consider the environment a big plus.

“That’s what I think makes Siberia really special is that connection to nature that isn’t all about ‘because it’s freezing all the time,’ because it isn’t. Where I live it’s pretty cold like a few days a year where it is miserably cold, but the rest of it is like living in this fairytale land.”

The conversations I had with friends before leaving for Siberia always ended in air quotes — “Have fun in Siberia!” they’d say. And I wanted to tell them, I will. I’ve seen amazing things there  — from mummified Buddhist lamas, to Chippendales-style strip shows. Once, while staying at a hotel in Akademgorodok, I was awoken by the sound of pounding techno to discover a snowy parking lot full of dancers throwing flaming batons up in the air.

The weird flotsam of pop culture is ever present, even in Siberia, where the encroachment of Ikea, Miley Cyrus and bad American pizza is a much bigger threat than bears, meteors, even paranormal stalkers.