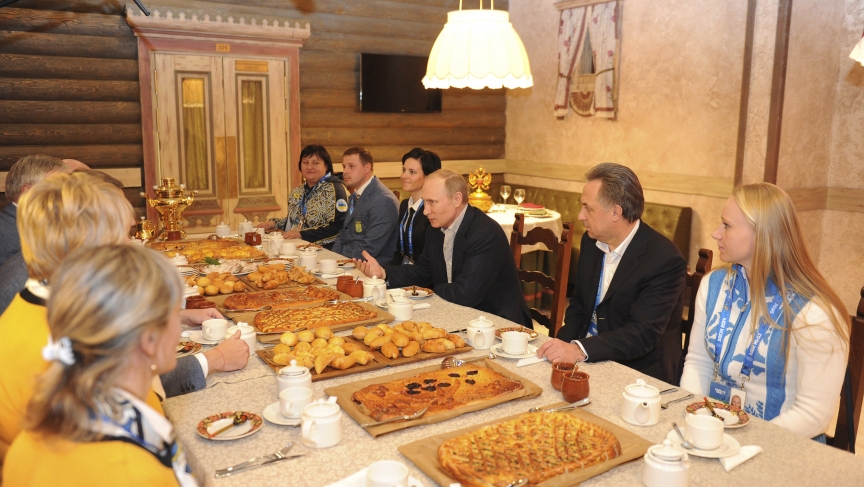 We’re in the Olympic homestretch.

There are just five days left of competition in Sochi and while the excitement and the medal count continues, it seems that the protests taking place in neigbhoring Ukraine may be overshadowing these final days in Russia.

On Wednesday, Ukrainian competitors asked the International Olympic Committee (IOC) for permission to wear black armbands to honor the dozens of people who have been killed in the last few days of the protests in Ukraine. That request was denied.

“[The IOC] took it as a political gesture, which is banned under the Olympic charter,” explains journalist Simon Shuster who has been reporting on the games for Time magazine. “The Ukrainian athletes were saying that people were coming up expressing concern, expressing worry, expressing solidarity with the protestors and really with the Ukrainian people and the uncertainty that they face right now, so definitely it's cast a shadow over the games.”

At press headquarters, Shuster says the protests in Ukraine have become the main topic of conversation among journalists. In fact, says Shuster, while the Russian-Finnish hockey game was going on, many in the press were instead glued to online streaming video of the protests.

“This revolution is not only televised, it’s on live feed with English translations,” he says.

There’s been a lot of talk in Sochi, as well, around a mysterious conversation that Russian President Vladimir Putin had with Ukrainian President Viktor Yanukovych Tuesday evening just before violence erupted in Ukraine and riot troops stormed Independence Square in Kiev.

“We don’t know what they spoke about, but Putin’s spokesman confirmed today that that phone call took place. And it really led to a lot of speculation that the Kremlin has some hand in the decision to disperse the square violently,” Shuster says.

Illustrating that point, Shuster is leaving Sochi to report on the violence in Kiev.