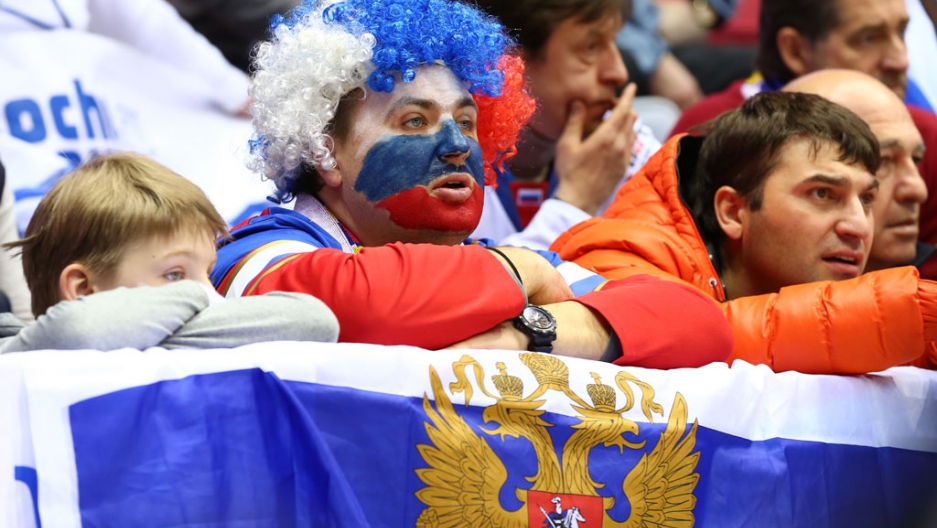 Host Russia collapsed into a pool of self-pitying tears Wednesday after losing 3-1 to Finland at the Sochi Winter Olympics.

After dominating Olympic hockey throughout the 20th century as the Soviet Union, the Russians have not won gold in the sport since 1992.

The team’s last medal was bronze in 2002. This year, it was trying to recover from a sixth-place finish at the 2010 Games in Vancouver.

“It sucks. There is no more I can say,” Russian superstar Alex Ovechkin told reporters.

“We had a good start, scored a goal. But two mistakes cost us the game. We try to score another one, but all we can try is to score more goals. I have no more emotions.”

More from GlobalPost: This is what Ukraine's Olympians have to say about the violence at home

Since 1998, the National Hockey League has paused to allow its millionaire athletes to compete for their respective nations. It has made men’s hockey something of a benchmark sport at the Winter Games, with the gold-medal game coming on the final weekend of competition.

Russian President Vladimir Putin was a frequent spectator at the hockey games, and had even taken up the sport in one of his many manly pursuits.

Perhaps the pressure proved too great for Russia.

It seems to have gotten to coach Zinetula Bilyaletdinov, who offered some bizarre comments to reporters after the game.

He was asked by a Russian reporter, “What future, if any, do you see for your own work and for your coaching staff? Because, you know, your predecessor was eaten alive after the Olympics.”

Bilyaletdinov responded: “Well then, eat me alive right now. … Eat me, and I won't be here anymore.”

Many might try to blame Russia's goaltender, or at least the coach's decision to play him in the first place.

Sergei Bobrovski had been nearly perfect when he played, but didn't start against Finland. Bobrovski stopped all seven shots he faced against the Finns after replacing starter Semyon Varlamov, who allowed three goals on 15 shots.

"I got empty inside. I try not to think about it," Bobrovski said.

[View the story "Who died in Russia? " on Storify]