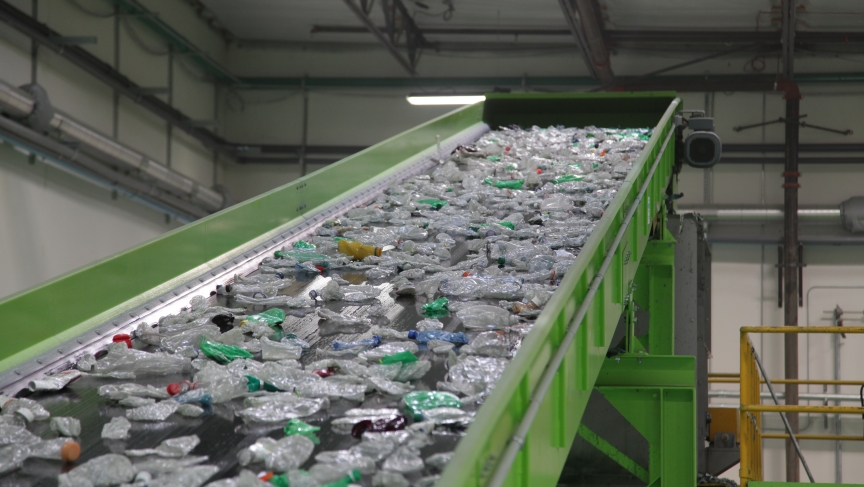 The CarbonLITE facility, which opened at the end of 2011, processes about 2 billion bottles a year. It's a closed loop recycling facility: plastic bottles are turned back into bottles to maximize recovery of the raw material.

Susan Collins, president of the Container Recycling Institute in Los Angeles, wants to correct a fairy tale many of us like to believe about recycling.

“The public has been trained to put their stuff in their bin at the curb, and for the stuff to just go away. And of course there is no such thing as away, away is always somewhere,” Collins says.

Somewhere, for more than a decade, has most often been China. Chinese recycling plants have made a lot of money reprocessing our trash and selling the raw materials.

Last year, China decided it’d had enough of being the world’s trash dump. They enacted a new policy: they call it the “Green Fence.”

“They would reject shipments at ports if they were too contaminated,” explains Collins. “So from the perspective of the recyclers that were operating in the United States that meant that they had paid money and put materials on a ship, the materials came back to them, which meant that they didn’t receive the revenue from selling the scrap materials.”

Besides lost revenue and shipping costs, American recyclers also had to pay demurrage charges, fees assigned at the ports for storage of the material while it was awaiting inspection.

All this meant trouble for many American recycling companies and materials recovery facilities (MRF’s) in the short term. But Collins says China’s Green Fence also quickly began pushing big changes in the business.

“This has sort of raised the bar for everybody, and has said to everybody: slow everything down a little bit, so you get everything sorted properly, produce higher quality materials.”

“There are buyers in the United States that will buy that material. And certainly there is not another buyer out there that is accepting this lower quality material,” says Collins.

One of the buyers in the US is CarbonLITE in Riverside, Calif., just east of Los Angeles.  CEO Leon Farahnik took me on a step by step tour of the company’s plastic bottle reprocessing plant.

To simplify: Used bottles come in, the bottles get washed, and finally the bottles are ground down into flakes and eventually small pellets. Inside a laboratory, samples of the finished product are tested for purity.

The plant processes about 2 billion bottles a year like this.

Still, the factory has been running under capacity. Farahnik is excited about China’s Green Fence though: A lot of those bales of plastic that used to get shipped to China are now coming to recyclers like him. In this case, better standards from China mean better practices, as well as more jobs here in the US. 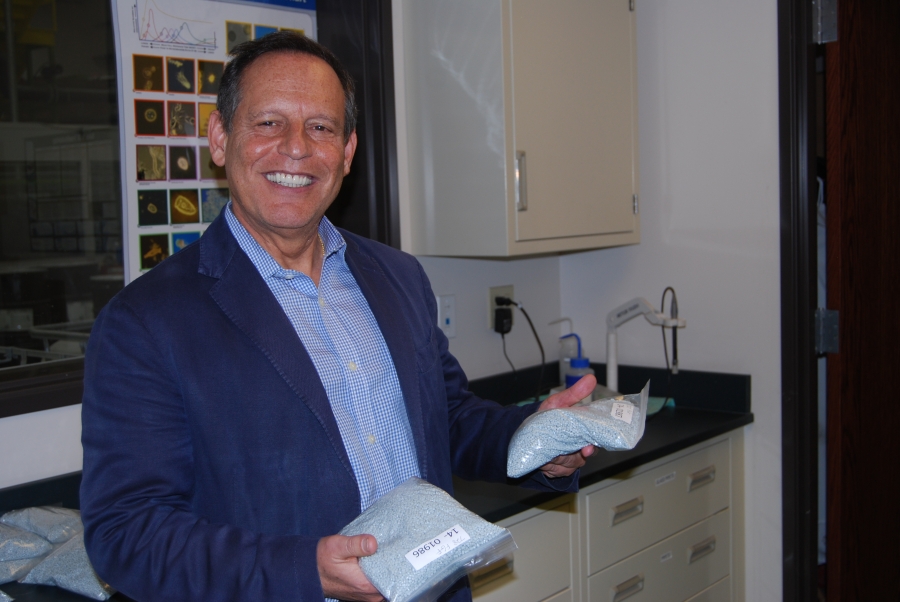 “I would say, it’s always a good thing that you have to think of ways of reusing your own material because it’s a resource. We shouldn’t be giving away our resources to somewhere else when we can use it ourselves,” says Farahnik.

CarbonLITE also benefits from being in California, one of 11 states with a container deposit law. Californians get charged an extra nickel or dime, depending on the size of the container, when they buy a can or bottle. Consumers can get that deposit back when they recycle it.

Companies like CarbonLITE reap the benefits of this law, with more containers available, and more containers in generally good condition. (Farahnik says a lot of homeless people in California actually do the recycling.)

The 11 states with deposit laws all have significantly higher recycling rates than the national average. China’s Green Fence may push the other 39 states to adopt deposit laws of their own, as now they’re having to deal with more of their own garbage.

Beyond the business benefits for American recyclers, Farahnik also emphasizes that recycling more bottles here in the US translates into greater savings in energy and greenhouse gas pollution.

“I use 1/8th  the energy of virgin material [for bottles],” says Farahnik. “And I save 60,000 tons [of carbon dioxide emissions] just in this factory alone. That’s like 40,000 trips between Los Angles and New York on an airplane.”

Of course players in the global economy are always adjusting in search of the lowest-cost option, so this story could yet take a dark turn. With China tightening its controls on imported trash, what’s to stop Americans or Europeans from just sending their old bottles and cans to the next country down the line, say in Africa?

“I think that is already happening,” says Susan Collins. “But it’s not Africa, it’s probably India.”

As well as Vietnam and Turkey.

But Collins says these countries also know what China did erecting its Green Fence. And she hopes other countries will follow that example and only accept recyclables that can actually be recycled.