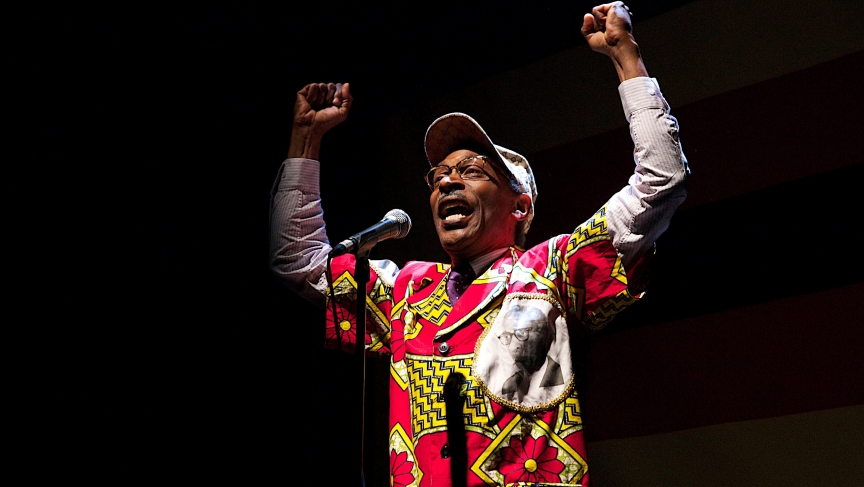 When actor Michael Rogers was handed the script for the play, Breakfast With Mugabe, he didn’t read it right away.

“I was familiar with Rhodesia/Zimbabwe and I did not feel that anyone would write an honest play about that situation.”

When he finally got down to reading the script, he was surprised that he enjoyed what he read, and wanted to play the role of Mugabe.

“It was to me as exciting as getting a classical Shakespearean part, and I thought, 'Oh, how wonderful that this is now in the canon.'”

Rogers, who grew up in the Republic of Trinidad and Tobago, first learned about Rhodesia from the music playing on his island. In the 1960s, he remembers hearing and singing about Rhodesia in a calypso song by the singer Mighty Cypher.

“As a child, you are hearing these songs and repeating them and then later, as time went on, I understood about the apartheid that was going on there," said Rogers. "That calypso made a point that I’ve never forgotten to this day, that there was something desperately wrong in that part of the world. It would say things like, ‘Where does Ian Smith get this power to hold Rhodesia?’”

So does that same calypso song apply to the current strongman Robert Mugabe, who has ruled Zimbabwe for more than 30 years? Rogers turned to history for an explanation.

“Everything happens in a continuum. Things happen in the past that cause things to happen right now. Even someone like Robert Mugabe, he is part of a continuum, it’s a reaction to something that happened a long time ago and there will be a reaction to him,” said Rogers.

Rogers visited Zimbabwe in 1988 with a school friend from Yale University. His friend was from the country and took him to every “nook and cranny.”

“I learned a great deal and, thankfully, now, it’s helping me in this part,” said Rogers.

In the play, Robert Mugabe is being haunted by a malevolent spirit. He calls in a white psychiatrist, Dr. Peric, to help him manage his illness.

“When our minds and our conscience haunt us, nothing outside of ourselves can be as painful as our own conscience,” said Rogers.