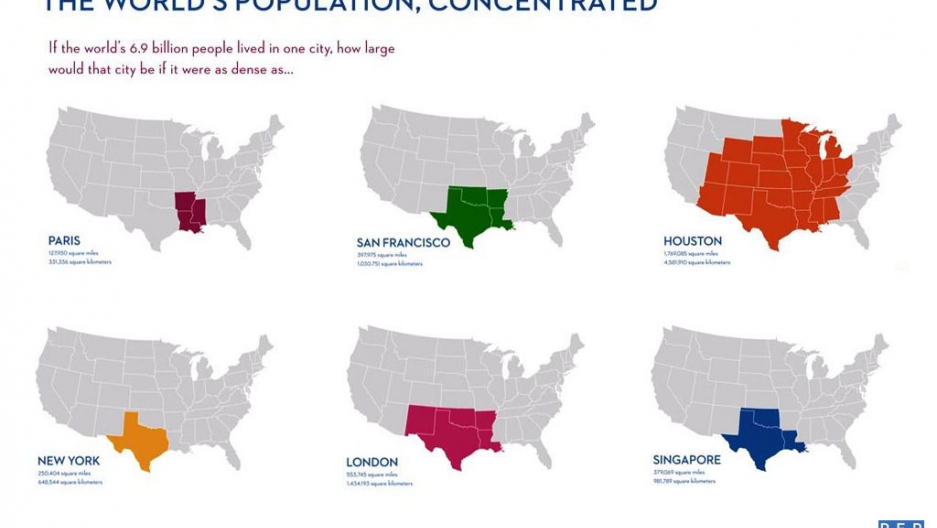 This map from Per Square Mile illustrates how big a city of 7 billion would be by comparing it to the population density of various cities around the world.

For example, If 7 billion people were placed in a high population density like the New York metro area (America's densist), the city would take over the entire state of Texas. With an area with much more urban sprawl, like Houston, the city would have to cover most of middle America.

What the map doesn't include, however, is the city's real limits (things like the amount of water sources, farm land and other resources the population would need to sustain itself). Tim De Chant, who originally createdthe map  and wrote about it a few years ago, said measuring the ecological footprint would prove "maddeningly difficult" for the subset of cities he used.

A separate map, however, does include ecological footprints for 9 different countries.